Ebden to play Tomic in Atlanta second round

Bernard Tomic's upset win over fifth seed Frances Tiafoe at the ATP's Atlanta Open sets up a showdown with fellow Australian Matthew Ebden for a place in the quarterfinals. 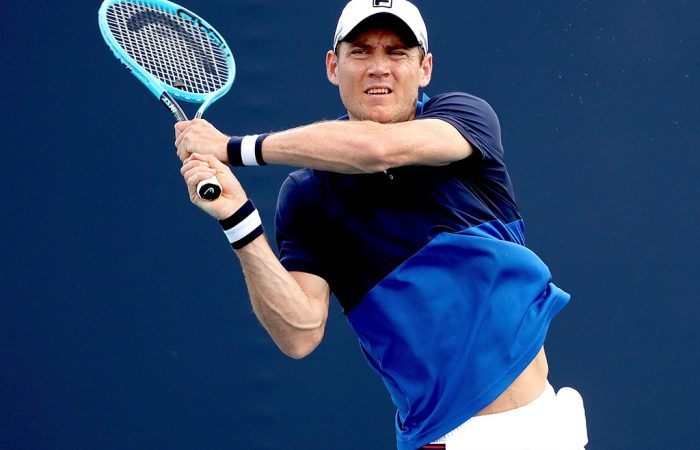 Matt Ebden’s strong form in the United States has continued, with the West Australian winning his opening-round match in Atlanta in straight sets.

A week after reaching the quarterfinals on grass in Newport, Ebden defeated Polish qualifier Kamil Majchrzak 7-6(5) 6-3 on Tuesday to reach the second round of the 250-level hard-court tournament.

🇦🇺 @mattebden books a spot in the second round of the #AtlantaOpen after defeating 🇵🇱 Kamil Majchrzak 7-6(5), 6-3 pic.twitter.com/73yfMRBPVd

Next he will face fellow Australian Bernard Tomic, who progressed to the last 16 after defeating American Frances Tiafoe in three sets.

Tomic told reporters he did not make make any drastic changes to his game against the world No. 41 in their first-ever encounter.

“That’s how I play – I always try to do something different,” he said.

Australian third seed Alex de Minaur received a first-up bye and will play Bradley Klahn in the round of 16 on Wednesday.

Should he win, he will face the winner of the Ebden-Tomic match in the quarterfinals.

Meanwhile, 19-year-old Alexei Popyrin — who won his first-round match on Monday — will face French fourth seed Pierre-Hugues Herbert for a place in the quarterfinals.

At the WTA clay-court tournament in Palermo, Daria Gavrilova fell to No.8 seed Jil Teichmann 7-6(3) 7-5.