Alexei Popyrin wins through to the second round of the ATP hard-court tournament in Atlanta, while Jordan Thompson bows out in three sets. 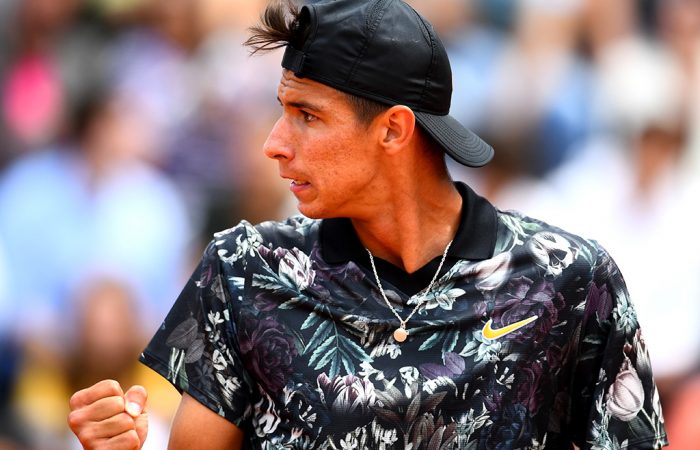 Alexei Popyrin moved through to the second round of the Atlanta Open with a straight-sets win on Monday over Denis Kudla.

Popyrin’s 6-3 6-4 victory over the American sets up a meeting in the last 16 with French No.4 seed Pierre-Hugues Herbert, who received a first-round bye.

“I felt pretty good out there; served pretty well at the end of the match, also during the match,” Popyrin said on court after the one-hour, 28-minute victory.

Ranked 95th, Popyrin has enjoyed an impressive run on tour of late, winning seven of his past 10 matches and recently making his top-100 debut.

On Tuesday, Aussies Matt Ebden and Bernard Tomic will play their first-round matches.

In Palermo, Jaimee Fourlis fell in the opening round to Liudmila Samsonova.

Fourlis qualified for the main draw and had won six of her last seven matches entering the contest, but the Russian was too strong, winning 6-3 6-4.