Destanee Aiava notches the biggest win of her career at the Libema Open grasscourt tournament in the Netherlands. 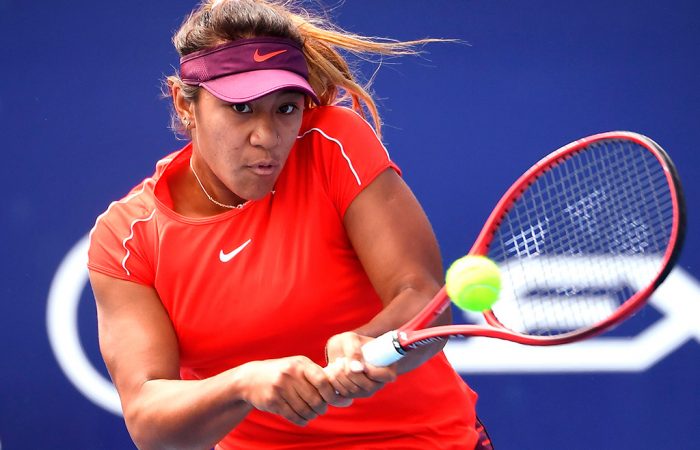 Destanee Aiava scored the first top-10 win of her career by beating Aryna Sabalenka in the opening round of the Libema Open in ‘s-Hertogenbosch, Netherlands.

She joins fellow Aussies Jordan Thompson and Alex de Minaur as players in the second round of the singles events; Thompson won his first-round match against Tommy Paul on Monday, while De Minaur, the No.3 seed, received a first-round bye.

Their compatriots in Stuttgart were unable to emulate them, with Alexei Popyrin, John Millman and Nick Kyrgios all exiting in the first round of the Mercedes Cup.

Meanwhile, at the WTA grasscourt event in Nottingham, Australians Ajla Tomljanovic, Astra Sharma and Ellen Perez are still to play their first-round matches due to persistent rain.

Aiava flew out of the blocks against Sabalenka to establish a 3-0 lead, yet the Belarusian reeled her in, storming through the second set and moving ahead 3-1 in the third.

Yet the Victorian responded strongly, winning five of the final six games to complete victory in just under two hours.

“I think it was all mental. It was a really long and tough match; I knew going into the match it was going to be a big challenge,” she said.

“She’s obviously 11 in the world I think, I don’t know … oh 10? Well that was playing on my mind before the match, but then going into it I just wanted to go for it and not waste the wildcard that the tournament gave me.

“So I just really wanted to take this opportunity and use it.”

Aiava fell in the first round of qualifying at last week’s ITF 100K grasscourt tournament in Surbiton, but that result proved a blessing, affording her a week’s practice on the lawns in preparation for ‘s-Hertogenbosch.

“I’ve been working so hard the past couple of weeks, months, and I just really want everything to start coming together and getting some wins on the board, especially those top-10 wins – it means a lot to me,” she said.

“It’s a WTA event as well, so it’s really good for me. Just getting that big win brings a lot of confidence.

“I lost first round qualies (last week) so getting a training week on the grass was good since it’s not my favourite surface. I think the preparation really did help.”

Aussies bow out in Stuttgart

The teenager has won two matches to qualify for the main draw before pushing the Canadian star to the limit.

Later on Tuesday, Millman fell in straight sets to Dustin Brown, while Nick Kyrgios went down 6-3 6-4 to Italian world No.30 Matteo Berrettini.