Five Australian men are competing in Roland Garros qualifying, with four set to start their campaigns on Monday. 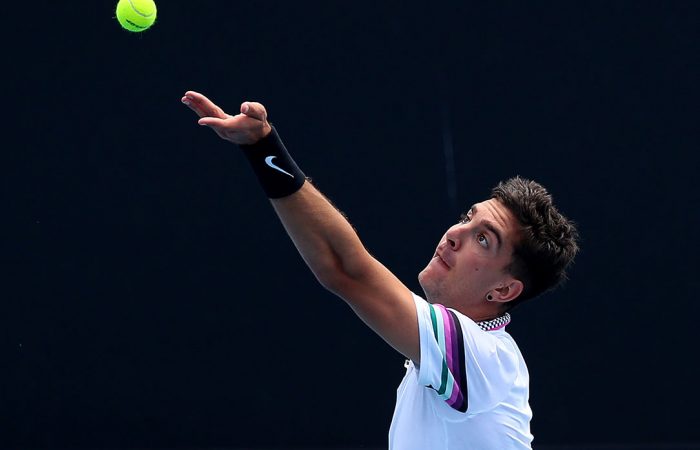 Kokkinakis, who made the Roland Garros third round as a teenager in 2015, begins his qualifying campaign against Czech No.19 seed Lukas Rosol.

The No.180-ranked Kokkinakis boasts a winning record against the former world No.26 – defeating Rosol in five sets in a Davis Cup rubber in 2015.

Bring it on. Bolty putting in work at @rolandgarros 💥 @abolt15 | #GoAussies #RG19 pic.twitter.com/hNFvZwrNa7

James Duckworth meets Ukrainian sixth seed Sergiy Stakhovsky in the opening round. The 33-year-old Stakhovsky is a former world No.31, who famously upset Roger Federer in the Wimbledon second round in 2013.

Jason Kubler also faces a seeded player – Indian Ramkumar Ramanathan. It is a first career meeting between the No.171-ranked Kubler and No.28 seed Ramanathan.

Alex Bolt will also contest qualifying, but is not scheduled to play his first match until Tuesday. The No.18-seeded Bolt will face Spaniard Adrian Menendez-Maceiras.