In the week that Ash Barty cracked the world's top 10, there were also significant improvements in the rankings for fellow Aussies Sam Stosur and Jordan Thompson after good performances in Miami. 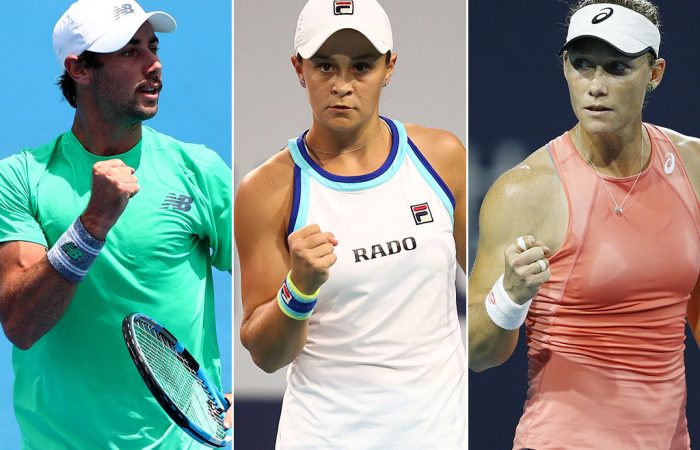 Ash Barty is in the top 10, Sam Stosur and Jordan Thompson made big gains after the Miami Open, and James Duckworth has returned to the Australian top 10.

Those were some of the most notable moves this week with the latest release of the ATP and WTA rankings.

With Barty’s ascent to world No.9 following her stunning victory in Miami, Thompson and Stosur both rose 10 places after advancing to the fourth round and third round respectively.

With a two-week period since the release of the last rankings, due to the fact the Miami Open ran for a fortnight, Marc Polmans was the nation’s biggest mover after his points for winning the ATP Challenger tournament in China two weeks ago were eventually added to his tally.

Luke Saville and Max Purcell also made gains thanks to their performances in Zhangjiagang, while Olivia Rogowska was rewarded for her semifinal run at the recent Canberra #1 Pro Tour event.

She stands to rise even higher – to approximately No.235 – next week when the points from her victory at the Canberra #2 Pro Tour tournament are added next week.