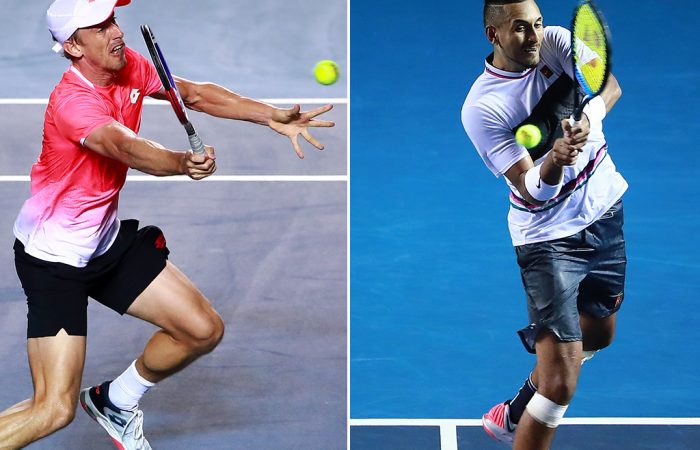 Nick Kyrgios and John Millman are seeded at the Miami Open, beginning on 20 March.

They are joined in the main draw by countrymen Matt Ebden, Jordan Thompson and Bernard Tomic.

Australian men’s No.1 Alex de Minaur was forced to withdraw from the tournament due to a hip injury.

Kyrgios, seeded 27th, has a first-round bye and could in the second round face Tennys Sandgren, who opens against a qualifier.

He is seeded to meet No.5 Kei Nishikori in the last 32.

Millman is seeded No.32 and is projected to meet world No.1 Novak Djokovic in the third round. After an opening-round bye Millman will take on either Federico Delbonis or Peter Gojowczyk.

Tomic has landed in the same segment of the draw as Millman, and would play Djokovic in round two provided he gets past former world No.4 Tomas Berdych in his first match.

Kyrgios, Millman and Tomic all find themselves in the top half of the draw; the bottom half is where Thompson and Ebden have landed.

Ebden faces a second-round clash against Roger Federer if he beats a qualifier in the first round, while Thompson has drawn Brit Cameron Norrie.

The winner of that match goes on to face 10th seed Karen Khachanov.