Australian qualifiers Alex Bolt and Alexei Popyrin win their first-round matches at Indian Wells to continue their progress in the Californian desert. 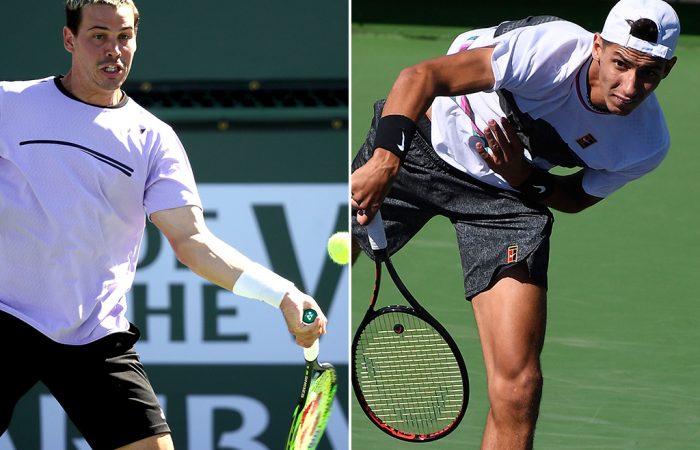 Australians Alex Bolt and Alexei Popyrin have won through to the second round at the ATP event in Indian Wells.

RELATED: Gavrilova, Barty storm into third round at Indian Wells

This is just the second time Bolt has played in the main draw of an ATP Masters event, and the first time he has scored a victory. For Popyrin, this is his first ever appearance at a Masters-level event.

One year ago at @BNPParibasOpen, a 19-year-old from Sydney earned his 1st #ATPMasters1000 win (@AlexdeMinaur).

Both Bolt and Popyrin won two matches to qualify for the main draw, and take three-match winning streaks into their second-encounters.

After beating former world No.10 Gulbis, Bolt now lines up against Argentina’s Guido Pella, the 32nd seed who last week won his first ATP title with victory on the claycourts of Sao Paulo.

Bolt – who has won five of his past six matches – and Pella have never before met.

Popyrin’s win over fellow Next Gen player Munar means the 19-year-old has won four of his past five outings on tour.

He next lines up against No.8 seed John Isner, who reached the Indian Wells final in 2012 and the semifinals in 2014.

Bolt and Popyrin’s victories mean there are now five Australians in the second round of the ATP event in the Californian desert; they join seeds Alex de Minaur and Nick Kyrgios, as well as Jordan Thompson, a first-round winner a day earlier.