Daria Gavrilova wins her second match in a row at Indian Wells, while 12th seed Ash Barty joins her in the third round with a straight-sets win over Tatjana Maria. 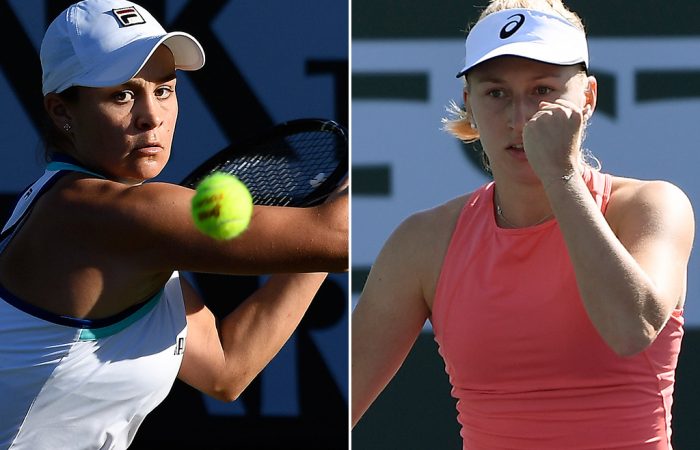 Daria Gavrilova has continued her return to form with a resounding victory over Romania’s Mihaela Buzarnescu at Indian Wells.

The Australian had not won a match all season but has now won two in a row in the Californian desert, beating the 29th seed 6-2 6-2 in just 69 minutes.

Later on Friday, Ash Barty joined Gavrilova in the last 32 with a 6-4 6-4 win over Tatjana Maria, extending her head-to-head dominance over the German to 4-0.

Gavrilova – who scored an impressive win over in-form teenager Dayana Yastremska in the first round – enjoyed a measure of revenge in her win over Buzarnescu, who beat Gavrilova just last week in Acapulco.

The Australian moves into the third round at the @BNPPARIBASOPEN! pic.twitter.com/dR6Lulu8Vp

Gavrilova will go on to face the winner of the Friday night match between No.6 seed Elina Svitolina and American Sofia Kenin.

Barty was forced to battle hard against Germany’s Maria, trailing 4-1 in the first set and 3-1 in the second.

Yet her serve, as it often does, came to the rescue, bailing her out of trouble in several tight games. She won 70 per cent of her first-serve points, while errors at inopportune times proved costly for Maria.

Another Aussie, Ajla Tomljanovic, will play her second-round match against No.9 seed Aryna Sabalenka on Saturday.

Tomljanovic enjoyed a straight-sets win in the first round over Alize Cornet.