Ajla Tomljanovic and Samantha Stosur are knocked out of the Qatar Open, while Alexei Popyrin is defeated in New York. 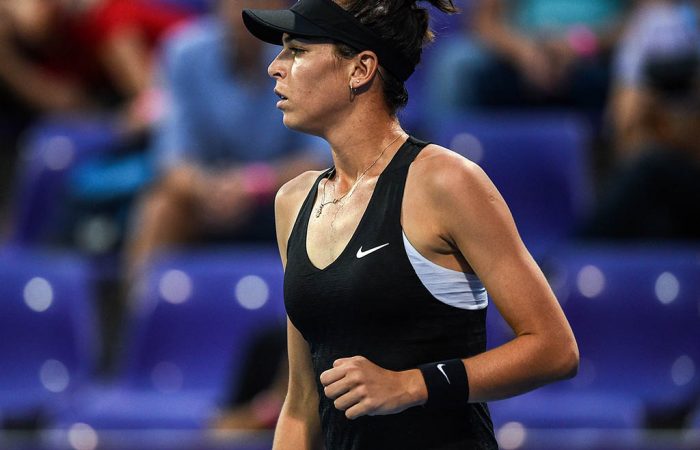 Australians Ajla Tomljanovic and Sam Stosur were both knocked out of the Qatar Open in straight sets on Tuesday.

World No.41 Tomljanovic – Australia’s second-highest ranked woman behind Ash Barty – had made the main draw by accounting for Slovenia’s Polona Hercog 6-3 6-4 in the qualifying round.

But Germany’s ninth seed Julia Goerges wasted little time in booking her place in round two, dropping just four games and firing off 26 winners to tee up a clash with Hercog – into the main draw as a lucky loser – who beat American Alison Riske 6-4 6-3 to advance.

Stosur, who had replaced Caroline Wozniacki in the main draw as a lucky loser, fell at the first hurdle after a 6-4 6-2 defeat by Czech qualifier Karolina Muchova.

World No.10 Wozniacki withdrew from the tournament due to a “viral illness”, according to a statement from tournament organisers.

Replacing American Bradley Klahn in the main draw, Australian teenager Popyrin spurned three chances to take the first set in a tiebreaker and never recovered in the 7-6(6) 6-3 defeat in an hour and 22 minutes.

Australian fourth seed John Millman will be Garcia-Lopez’s next opponent in the round of 16.

Davis Cup captain Lleyton Hewitt teams up with Popyrin to play Robert Lindstedt and Tim Puetz in the doubles.

In Rotterdam, Australian No.3 Matt Ebden went down 7-5 6-4 to Fernando Verdasco in the first round.

Ebden struggled behind his second serve, winning just 33 per cent of those points in the one-hour, 26-minute defeat.

Verdasco next plays either fifth seed Daniil Medvedev or Jeremy Chardy of France.