Three of Australia's top four men have landed in the same quarter of the draw in Stockholm, while Daria Gavrilova, Ajla Tomljanovic and Nick Kyrgios head to Moscow. 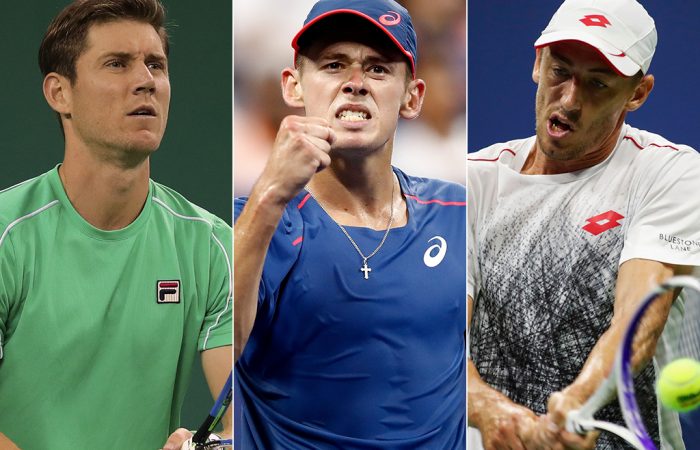 There could be several all-Aussie matches this week in Stockholm if results fall a certain way.

Australia’s No.1 in the men’s rankings, Alex De Minaur, will face compatriot Matt Ebden should both win their first-round matches at the ATP 250 event on indoor hard courts.

Ebden must first get past No.8 seed Fernando Verdasco while De Minaur opens against Germany’s Philipp Kohlschreiber.

One of them could face John Millman in the quarterfinals; Millman has drawn a qualifier in the first round and with a win would set up a meeting with third seed Stefanos Tsitsipas.

Alexei Popyrin is a win away from joining his countrymen in the main draw; he beat in-form American Michael Mmoh in the first round of qualifying and now plays Matthias Bachinger in the final round.

Bernard Tomic was unfortunately forced to retire in the second set of his first-round qualifying match against Oscar Otte due to a shoulder injury.

At the joint ATP/WTA event in Moscow, three more Aussies are vying for a strong run.

Nick Kyrgios, Daria Gavrilova and Ajla Tomljanovic have headed to the tournament known as the Kremlin Cup, which is also played on indoor hard courts.

Kyrgios is the fifth seed in the men’s draw and opens against local Andrey Rublev; he is projected to meet another impressive young Russian, No.3 seed Karen Khachanov, in the quarterfinals.

Gavrilova has drawn a qualifier as her first-round opponent while Tomljanovic plays Anastasia Pavlyuchenkova for a shot at world No.1 Simona Halep in the second round.

Tomljanovic extended Halep to three punishing sets when they last met at the same stage of the US Open tune-up in Cincinnati.