No.8 seed Ash Barty leads a healthy contingent of nine Aussies across the women's and men's draws at Brisbane International 2018. 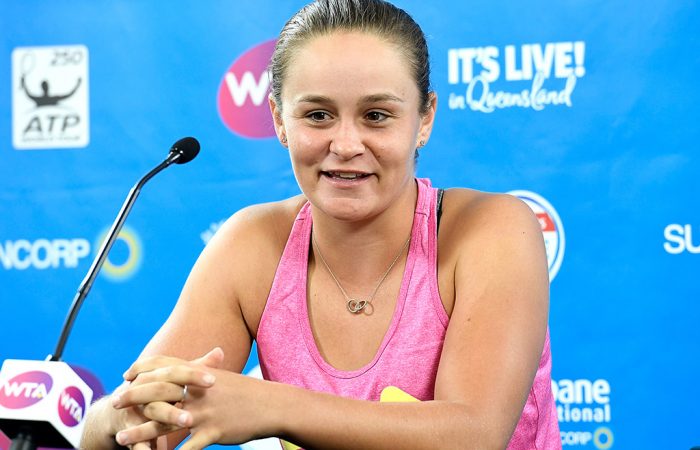 Eighth seed Ashleigh Barty will meet world No.42 Lesia Tsurenko in her opening match of the Brisbane International after the draw ceremony was conducted on Saturday.

The Queenslander is among nine Aussies in the women’s and men’s fields at Brisbane, and is seeded to meet defending champion Karolina Pliskova in the quarterfinals.

Australian wildcards Destanee Aiava and Ajla Tomljanovic were drawn against each other and join Barty in the bottom half of the draw, while Sam Stosur will play seventh seed Anastasija Sevastova in the top half.

Stosur has fallen in the quarter of the draw headed by No.1 seed Garbine Muguruza.

Saturday’s draw was a relatively kind one for the Australian men’s contingent, with wildcard John Millman to play a qualifier and Matt Ebden to meet American Frances Tiafoe.

Should Millman win, he’d take on top seed and defending champion Grigor Dimitrov in the second round.

He could face Ebden in the second round.