Daria Gavrilova hopes to take her winning experience from the Australian Open and translate it to another deep run, this time at Roland Garros. 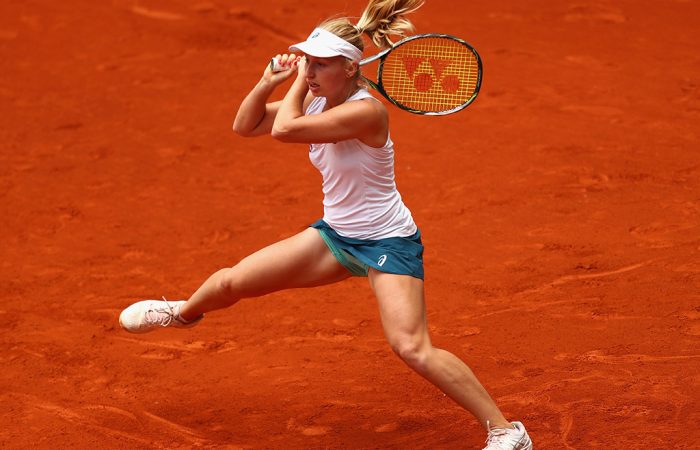 A wiser and more confident Daria Gavrilova insists she can prove her captivating run at the Australian Open was no fluke, by performing a similar feat at Roland Garros.

The likeable Gavrilova stole Australia’s hearts in January as she marched into the second week at Melbourne Park before losing in three sets to Spain’s Carla Suarez Navarro.

It signalled the start of a breakthrough year for the 22-year-old, who will face Colombian Mariana Duque-Marino in the French Open first round.

And now on her preferred surface, clay, the Australian Fed Cup star hopes to draw on her experiences in Melbourne and translate them into another appearance in the second week of a Grand Slam tournament.

Gavrilova admits she expended too much energy too easily while being caught up in the excitement at the Australian Open – a mistake she doesn’t intend to make again.

“I learned that it’s not easy. You waste a lot of energy even outside the courts,” Gavrilova told AAP.

“It’s a long week, even having a day off between matches is something different and not normally what I’m used to. I’d like to just keep going.

“Just having that one day off where you just train, I could do that better than I did at the Australian Open.

“I was a bit like ‘oh, I’m good’ and I lost my focus a bit. Hopefully, I’ll concentrate and try to get better every day, no matter if I’m playing or not.”

“I had some great wins on clay, I beat Petra and Halep, so I’m feeling pretty good,” she said.

“I think I’m playing pretty well. I’m hoping to get to the second week again.”

Her first-round opponent has an inferior ranking and looks ripe for the picking on paper, but will come to Roland Garros in hot form after reaching the final of the WTA event in Nuremberg, where she will face Dutch talent Kiki Bertens on Saturday.

“She moves pretty well. Clay is her favourite surface so it’s going to be pretty hard.”