In-form 17th seed Nick Kyrgios is shaping up for a deep run at Roland Garros after being handed a favourable French Open draw on Friday. 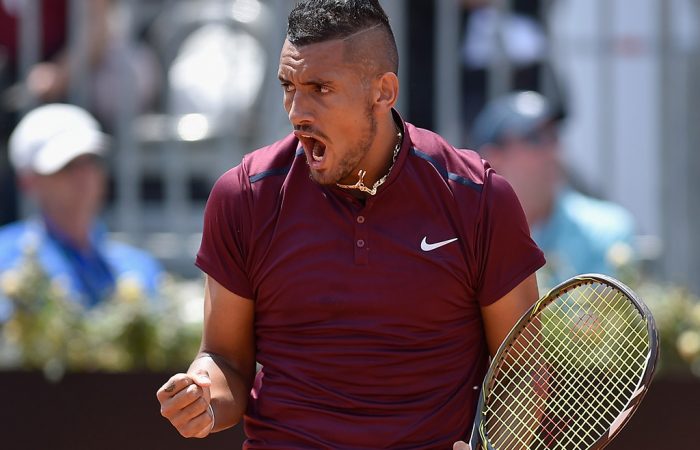 Nick Kyrgios has been handed a golden chance to make a deep run at the French Open following a favourable draw which has him avoiding the Big Three until the semifinals.

The Australian world No.19, who will take on Italian Marco Cecchinato in the opening round, escaped early clashes with world No.1 Novak Djokovic, defending champion Stan Wawrinka and nine-time winner Rafael Nadal in the draw announced on Friday.

He may encounter a familiar face in the third round, however, where French ninth seed Richard Gasquet potentially awaits.

The pair have a memorable history, with Kyrgios winning an extraordinary Wimbledon clash in 2014 in which the then-19-year-old saved a record nine match points.

Should he advance to the fourth round, Kyrgios would likely face fifth seed Kei Nishikori while a mouthwatering clash with two-time Grand Slam champion and ally on tour Andy Murray looms in the quarterfinals.