Sam Groth believes his recent rise is just one of many success stories among the burgeoning Australian troupe now taking the tennis tour by storm. 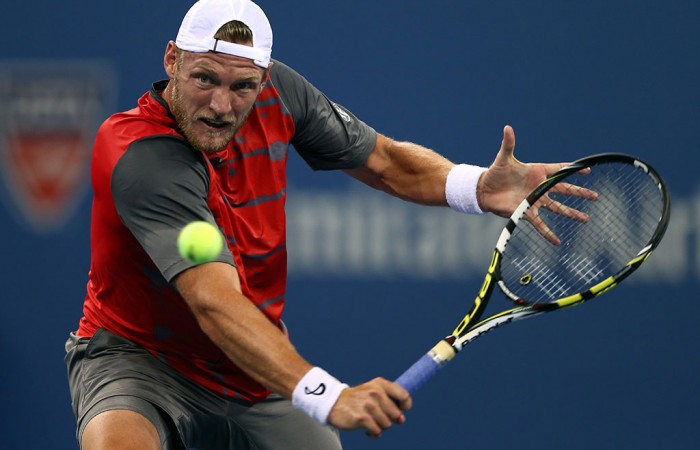 Sam Groth is the classic definition of a late-blooming talent.

The 27-year-old Australian verges on the world’s top 50 and enters the US Open as a dangerous unseeded presence in the draw.

His big serve and immense power – plus a newfound dedication to training and fitness – have seen him reach the third round of the Australian Open and Wimbledon this year and make a winning Davis Cup live singles rubber debut for Australia.

Yet his breakthrough arguably came at last year’s US Open, where he reached the second round of a major for the first time in his career and faced Roger Federer under lights on the imposing Arthur Ashe Stadium.

His recent success has been mirrored by many of his compatriots – he is one of nine Australian men who line up in the main draw at Flushing Meadows this year.

“I think I was sort of the first guy who broke through that maybe guys didn’t think would maybe break through like I did,” he said.

“We all thought Nick (Kyrgios) was going to be great, and Thanasi (Kokkinakis) was going to be good, and it was only a matter of time … (but now) Ducks (James Duckworth) and (John) Millman (have improved), and JP (Smith) is so close, and (Matt) Ebden’s really close to getting back again.

“I think once one guy does it, then two guys do it, then everybody else sees it’s actually possible. It sort of drives that next wave of guys and that’s all it is.

“There’s no huge difference – just takes that little more belief and little bit more work, and it’s paying of for all the guys which is good to see.”

Groth begins his US Open campaign on Monday against Alexandr Dolgopolov of Ukraine.