The Social Serve: The final countdown 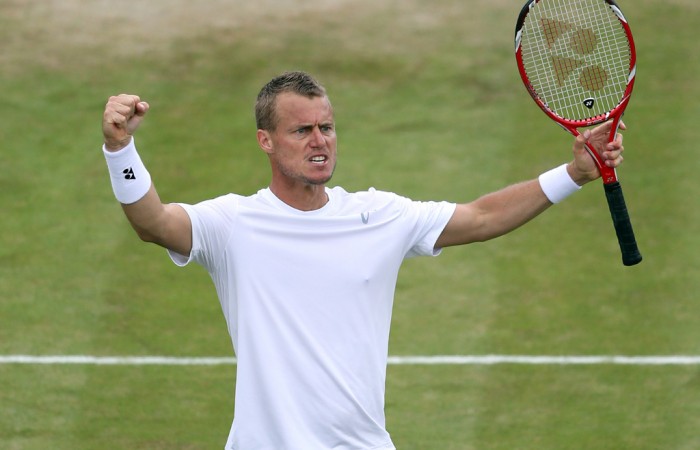 With less than a week, until Wimbledon gets underway for another year, our players are going through their last minute preparations.

Moved into main draw at the #AegonOpen in Nottingham. Looking forward to one more good week before @Wimbledon!! @BenMathias #grassgrinder

Oh, did we mention this is Lleyton Hewitt’s final Wimbledon… ever? #SadFace

Got my creds today for @Wimbledon Just over a week to go. Can't wait! #C'mon pic.twitter.com/HHnAaBpuS4

9 days till @Wimbledon and its just @lleytonhewitt and ground staff on the courts!! #Inches #WindBackTheClock pic.twitter.com/SqkgsA3mhe

Don’t worry though. We’re sure Cruz will continue the Hewitt legacy. #HappyFace

Former champions @lleytonhewitt and @rogerfederer show off their quick hands with a little help from Hewitt Jr. https://t.co/9hrhJSAKRo

Congratulations to Matt Ebden who received a Wimbledon wildcard after his recent winning form.

Thank you very much to everyone at the All England Club @Wimbledon – looking forward to The Championships #Wimbledon pic.twitter.com/GRkTwM8nuk

Turns out that was not the only thing Wimbledon gave him.

Not a bad bloke to share locker space with @TKokkinakis 🙂 #wonderkid pic.twitter.com/anbZPZvQuo

Especially since Thanasi has Liam Payne from One Direction in his support crew.

@TKokkinakis great match yesterday at queens you where a joy to watch man. Chin up lad, Big things coming for you in the future

Off the court, Arina Rodionova announced that she has quit Twitter to focus on her Instagram career.

However, her sister has moved her focus to offering free life advice.

I also have a picture with my dad but I prefer to call him instead of posting photos on social media…. #recommendyoudothesame

And Daria Gavrilova is hoping she still has a movie date with boyfriend, Luke Saville.

@MattReid12345 @entouragemovie @abolt15 I really hope @LukeSaville18 didn't come cause we r watching it when I'm back to London!

Wimbledon qualifying is heating up and our Aussie boys are dominating.

Something else that is heating up is Thanasi Kokkinakis’ fashion sense.

No matter where our players are in the world, Australia is never far from their minds.

Finally it wouldn’t be a ‘Social Serve’ without an obligatory #selfie. This week’s winner is Harry Bourchier.