At least 13 Australians will line up on the grasscourts of the All England Club bidding to replicate the nation's recent success at WImbledon. 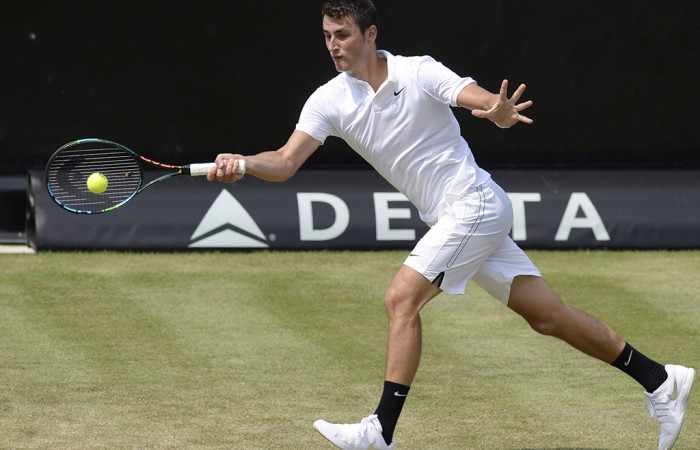 Tomic, a quarterfinalist in 2011 who made the round of 16 last year, and Kyrgios, who reached last year’s quarters, will both be seeded.

While Kyrgios, Sam Groth, Thanasi Kokkinakis and James Duckworth have all gained direct entry for the first time, former champion Lleyton Hewitt and in-form Matt Ebden were both awarded wildcards.

Marinko Matosevic earned a late reprieve on Friday night, spared of the stress of trying to qualify when former US Open champion Juan Martin del Potro formally withdrew with a chronic wrist injury.

Stosur and Australia’s four other women’s hopefuls – Casey Dellacqua, Jarmila Gajdosova, Daria Gavrilova and Ajla Tomljanovic – are all tuning their grasscourt games at Eastbourne this week.

Several more Aussies could join the current 13 in the main draw via qualifying.

The qualifying draws will be conducted in London on Sunday (men) and Monday (women); men’s qualifying action will kick off on Monday and women’s on Tuesday.