The Social Serve: A tribute to the ANZAC’s 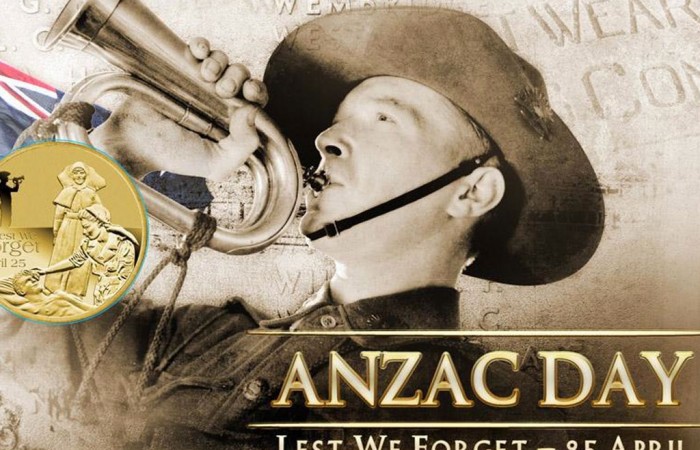 Twitter allows birthdays, ANZAC day and haircuts all to be celebrated on social media just like Cruz Hewitt’s recent trim, mirroring the looks of his father.

If you follow Ash Barty, Jarmila Gajdosova and/or Nick Kyrgios you probably would have wished them a happy birthday.

Happy birthday Ash! Hope you have a great day. Hope the Tigers bring you a lovely birthday gift. @ashbar96

@ashbar96 Happy Birthday Bartos. You might be able to deactivate facebook for the day but doesn't stop me from tweeting you ☺️ #plzspamher

Big birthday wishes to my fellow Taurus, Aussie and @GSCTennis player @tennis_jarkag I hope you have a good one. #Enjoy

Happy Birthday to @tennis_jarkag who is turning 28 today! Enjoy your day Jarka! pic.twitter.com/FPI1DuF5Mj

The birthday love for our Aussie tennis players dominated the Twittersphere this week. Even Nick’s mum got in on the action.

Nearly every day 4 the past 20years, @NickKyrgios has touch my soul in some way. I miss him today&everyday he is away. Love you little fella

ANZAC Day is a time to reflect and remember those who have fought and are currently fighting for our country. The Aussie tennis community certainly payed their respects.

It was really special playing today in Istanbul on Anzac Day. Lest we forget.

Sam Groth was the ultimate good Samaritan during the week, raising money for terminally ill and permanently disabled people all over Australia. How? Serving down 150km/h rockets continuously for 30 minutes directly into the body of stuntman Scotty Gregory.

Would you let @SamGrothTennis serve straight at you for 30mins? One GC man did. Vision 5.30pm @9NewsGoldCoast #ouch pic.twitter.com/kn2micN7iY

Back to business and it seemed like everyone fled the country to what we assume play tennis?

Heading off to China tonight with @CTyzzer ! All packed and ready to go!

It's the long stint every year through French and Wimby. Leaving tonight, first stop Istanbul #readyforit

Looking forward to getting to @EstorilOpen for the first time. Working hard on and off court to give myself opportunities. #StepUpOrStepBack

And neither is Dasha by the looks of things…

To the mosquito in my room….game on

We actually shared our pizzas and that's a closer look of this beauty pic.twitter.com/2V6VBO0zpD

Finally it wouldn’t be a ‘Social Serve’ without an obligatory #selfie. This week’s winners: Storm Sanders (@stormcsanders) AND Jessica Moore (@jessmoore16)