UPDATE: An ever-growing Australian contingent is set for Indian Wells, one of the biggest stops on the men's and women's tours outside of the Grand Slams. 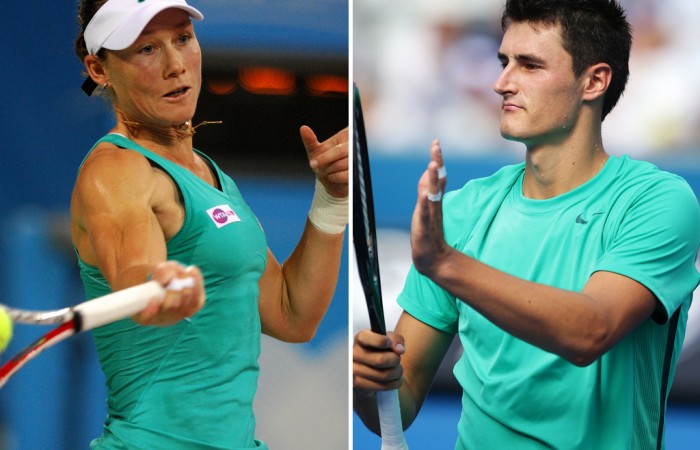 An ever-growing Australian contingent is set for Indian Wells, one of the biggest stops on the men’s and women’s tours outside of the Grand Slams.

With five men in the main draw, three in the women’s main draw, another female having qualified, and several more of our men poised to do the same, Australia could have as many as 12 players flying the flag in the Californian desert.

On the women’s side, Sam Stosur is the tournament’s 21st seed, a receives a first-round bye.

She would face the winner of the first round match between American wildcards Bethanie Mattek-Sands and Taylor Townsend, with a projected third-round meeting against defending champion and nemesis Flavia Pennetta.

Joining the Queenslander in the women’s draw is Jarmila Gajdosova, who opens against Roberta Vinci, and Ajla Tomljanovic, who faces American Irina Falconi.

Should she beat Vinci, Gajdosova would face 24th seed Sabine Lisicki, while Tomljanovic would meet rising star and No.19 seed Garbine Muguruza.

Daria Gavrilova, who qualified for the main draw on Tuesday after saving match points against American Lauren Embree, takes on Spaniard Silvia Soler-Espinosa; third seed Simona Halep awaits in the second round.

Another Aussie, Anastasia Rodionova, fell at the final hurdle in qualifying, losing 6-0 6-4 to Yulia Putintseva of Kazakhstan.

Heading the Aussie contingent in the men’s draw is Bernard Tomic, seeded 32nd and enjoying a bye through to round two.

Tomic has landed in the top half of the draw which is stacked with his compatriots, including wildcard Thanasi Kokkinakis, Sam Groth and Marinko Matosevic.

And the members of that trio have all been handed winnable matches in the opening round; Kokkinakis takes on Jan-Lennard Struff of Germany, Groth faces a qualifier and Matosevic will battle Luxembourg’s Gilles Muller.

In the bottom half of the draw, Nick Kyrgios will make his comeback to the tour after a back injury that his prevented him from taking to the court since reaching the Australian Open quarterfinals in January.

The teenager has drawn local wildcard Denis Kudla in round one, with a projected second-round match up looming against 11th seed Grigor Dimitrov.

Three more Aussies could join them via qualifying, after James Duckworth, Luke Saville and Alex Bolt each won their opening round matches on Tuesday. John Patrick Smith later fell in a third-set tiebreak to Filip Krajinovic.

The BNP Paribas Open is being staged at the Indian Wells Tennis Garden on 9-22 March.