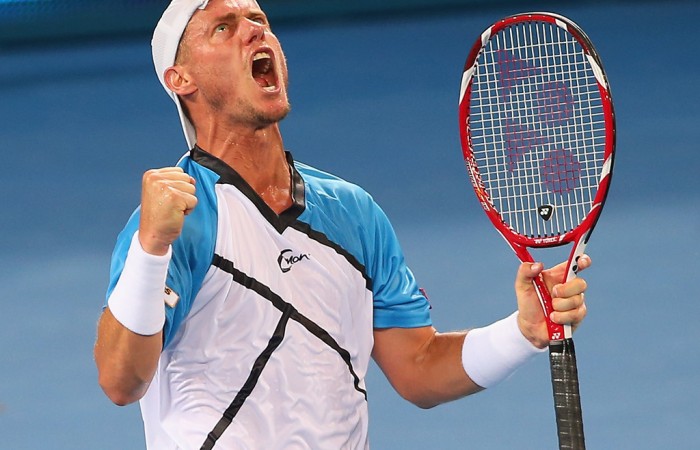 Hewitt, the leading local hope among seven Australian men in the main draw, has also been drawn on the opposite side of the draw to Roger Federer – leaving open the prospect of a rematch of last year’s epic three-set final.

The 33-year-old former world No.1 needs another strong Brisbane showing to stay up near the top 50 leading into the Australian Open but will be tested throughout the tournament, which starts Sunday.

A Hewitt victory over Victorian Groth would put him into a likely second-round clash with big-hitting South African world No.16 Kevin Anderson and then on the path to meet third-seeded Canadian Milos Raonic in the quarterfinals.

Bernard Tomic is on the same side of the draw as Hewitt, drawn against 35th-ranked American Sam Querrey in the opening round.

Fellow Australians Thanasi Kokkanakis and Marinko Matosevic are in the same quarter of the tough draw as Tomic and second seed Kei Nishikori.

World No.2 Federer has a first-round bye but could well have his usual crowd support diminished in his opening match, with Brisbane wildcard John Millman set to meet the Swiss top-seed if he overcomes a qualifier.

Another wildcard, James Duckworth, was less fortunate and will play sixth-seeded Frenchman Gilles Simon, who is drawn for an intriguing quarterfinal showdown with Federer.

In the women’s draw, Sam Stosur will play Varvara Lepchenko in the opening round where a victory would pit her against either Australian Open runner-up Dominika Cibulkova or rising American Madison Keys.