Gold Coast’s Ben Mitchell became the last of five Australian men to reach the quarterfinal stage at the Latrobe City Traralgon ATP Challenger on Thursday, saving a match point along the way. 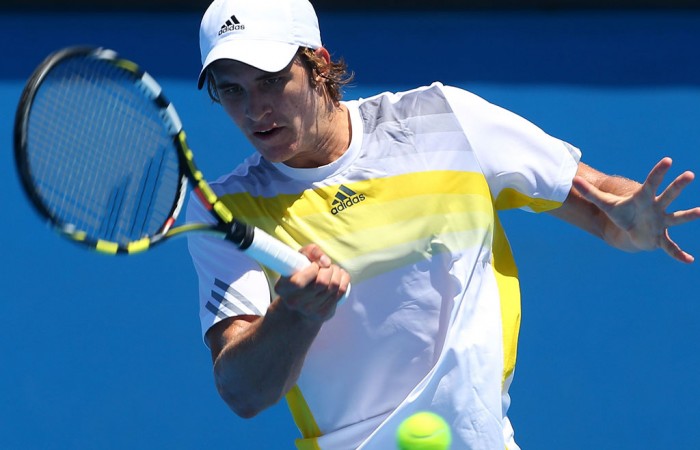 “I played really well in the first set,” Mitchell said. “Then I hit a bit of a rough patch and Johnny [Millman], as everyone knows, is a fighter.

“I urged myself to lift it back up again in the third and after that, we both just fought really hard.”

At 6-6, Mitchell forced an error with a powerful crosscourt backhand – arguably the shot of the day – and, after a solid return forced Millman to send the ball long, he claimed the win.

“It’s good to get that victory,” Mitchell said. “Johnny’s had some really good results lately.”

Reflecting on the final points of the match, Mitchell felt he was getting much better at performing well in pressure situations, admitting it was an area he was working on with his coach, but also seeing it as something that naturally improves with experience.

Mitchell continues to manage his return from a back injury and has his eyes set on the December Showdown, choosing to stay and play in Australia after Traralgon rather than follow the ATP Challenger tour to Japan and risk the extra strain of travel.

The win sets up a mouth-watering quarterfinal against American Jarmere Jenkins, who has not only collected the Cairns and Toowomba titles during the Australian Pro tour, but also defeated top seed Go Soeda in the opening round this week.

The remaining quarterfinal is an all-Australian affair between sixth seed Luke Saville and John-Patrick Smith.