Meet your match with the Woodies

Become an Australian Open member and you and a friend could have the chance to face the Woodies in a once-in-a-lifetime doubles match on Rod Laver Arena during Australian Open 2015. 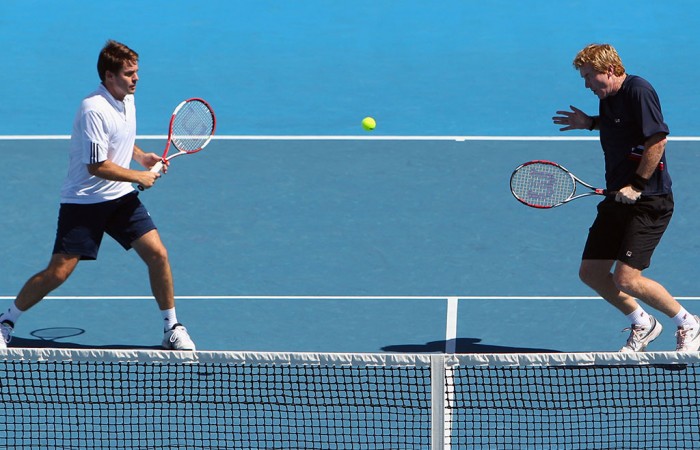 As if the excitement of another approaching Australian Open wasn’t enough, you could elevate the experience to a whole new level with a doubles match on Rod Laver Arena for you and a friend against the legendary Todd Woodbridge and Mark Woodforde during Australian Open 2015.

How can you make that happen?

By signing up for Australian Open membership before 11 July.

This once-in-a-lifetime prize comes with flights for the winner and a friend, two nights of accommodation at an official tournament hotel, an engraved trophy, and a framed photographed signed by Woodbridge and Woodforde.

The duo, famously known as the “Woodies”, are one of the greatest doubles teams of all time.

Together they won 61 doubles titles, including five straight Wimbledons from 1993 to 1997 – and a sixth in 2000 – as well as two Australian Open crowns. Their illustrious partnership reaped 11 Grand Slam doubles titles.

In addition to this incredible opportunity to take to the court against the Woodies, there are many benefits to becoming an Australian Open member.