A large troupe of Aussie men and women are thriving at Challenger and ITF level, this week upsetting several higher-ranked foes and going deep into tournaments around the world. 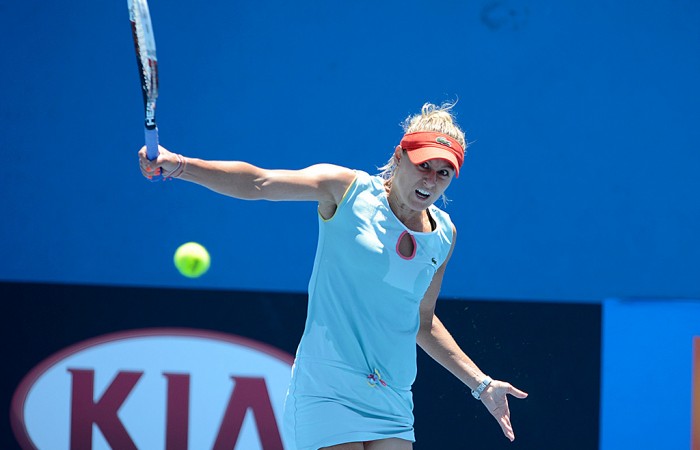 It’s been an exciting week for Aussie fortunes this week on the Challenger and ITF circuits, with several Australians producing stunning upsets and going deep into tournaments around the world.

Leading the way are Jordan Thompson and Alex Bolt, who each stand one win away from meeting each other in the final of the $50,000 China International ATP Challenger event in An Ning.

Another Aussie, Matt Reid, also reached the quarters in An Ning before falling to Croatian young gun Borna Coric.

Bolt takes on Coric in the top-half semifinal of the red clay event, while Thompson faces another Croatian in Nikola Mektic.

Staying on the red clay but across in South America, Australian No.6 James Duckworth has progressed to the quarterfinals of the $40,000 ATP Challenger event in Cali, Colombia.

Duckworth is yet to drop a set at the Cali event.

Meanwhile, Australia’s women are thriving at the ITF $75,000 hardcourt event in Gifu, Japan, with both Jarmila Gajdosova and Tammi Patterson advancing to the quarterfinals.

Gajdosova is contesting the event as a special ranking entrant – her ranking currently sits at No.296 – and has made a mockery of that number, brushing aside No.6 seed Ying-Ying Duan of China 6-4 6-2 to set up a quarterfinal meeting with top seed Misaki Doi.

Patterson only took her place in the Gifu draw as a lucky loser, but has made the most of her opportunity, upsetting powerful Czech talent and fourth seed Kristyna Pliskova 7-5 4-6 7-5.

Another Aussie, Storm Sanders, opened her Gifu campaign with a straight-sets win over Thai Noppawan Lertcheewakarn, but fell in the second round to No.2 seed Timea Babos.

In nearby China, Monique Adamczak has gone one better than her compatriots, advancing to the semifinals of the $50,000 ITF event in An Ning, China.

Adamczak recorded an impressive quarterfinal upset of No.2 seed Su-Wei Hsieh of Taiwan, ranked 23rd as recently as February 2013.

The 6-2 6-7(2) 6-0 win on the red clay of An Ning followed on from Adamczak’s straight-sets upset of eighth seed Nao Hibino of Japan.

Adamczak next faces No.4 seed Saisai Zheng of China in the semifinals.

John Patrick Smith is another player flourishing at Challenger-level; the left-handed Queenslander is through to the quarterfinals of the $75,000 ATP Challenger event in Taiwan.

At lower-tier ITF events, several Australians are also still in the hunt for a possible title.

Jess Moore, a qualifier, recorded an impressive upset of top seed Chanel Simmonds of South Africa to advance to the quarterfinals of the $15,000 event in Seoul, Korea.

There she is joined by compatriot Alison Bai; the ACT native won her second straight three-set match to move into the quarters.

In Bangkok, Thailand, Queenslander Ashling Sumner’s great run came to an end in the quarterfinals; until that loss to Kyoka Okamura of Japan she had won six of her past seven matches, having reached the final the previous week at another Bangkok ITF event.

> see the full list of the latest Aussie results