Aussies Lleyton Hewitt and Matt Ebden have been drawn to face each other in the opening round of the BNP Paribas Open in Indian Wells. 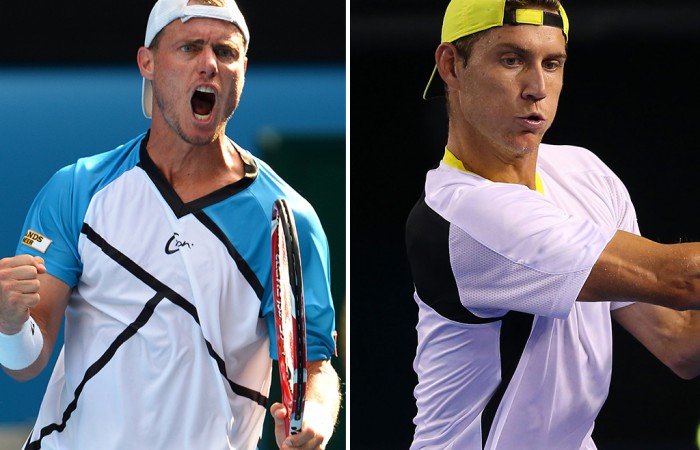 Aussies Lleyton Hewitt and Matt Ebden have been drawn to face each other in the opening round of the BNP Paribas Open in Indian Wells.

The men’s main draw was conducted on Tuesday in the Californian desert, and also saw compatriot Marinko Matosevic drawn against American Bradley Klahn.

The winner of the match between Hewitt and Ebden will go on to face 17th seed Kevin Anderson, with whom Ebden won last week’s ATP doubles title in Acapulco.

It’s a tough quarter of the draw headed by third seed and reigning Australian Open champion Stanislas Wawrinka, and his Swiss compatriot Roger Federer, the No.7 seed and a winner last week in Dubai.

Matosevic finds himself in the opposing bottom half of the draw, where a win over Klahn would see him line up against Spanish 16th seed Tommy Robredo.

That quarter of the draw is headed by world No.2 Novak Djokovic, a two-time Indian Wells champion.

Australians Sam Groth and John-Patrick Smith will attempt to join their trio of compatriots in the main draw when they contest their final round qualifying matches on Wednesday.

> read about the Aussies’ progress in qualifying

Australia also has three representatives in the women’s main draw; 16th seed Sam Stosur, and Casey Dellacqua and Olivia Rogowska, who both successfully qualified on Tuesday.