UPDATE 1.50pm: Casey Dellacqua and Olivia Rogowska have joined fellow Australian Sam Stosur in the main draw at Indian Wells after both won their final round qualifying matches on Tuesday. 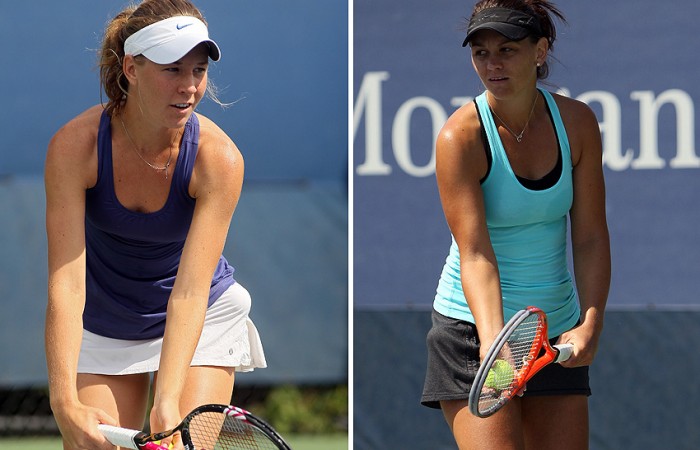 Casey Dellacqua and Olivia Rogowska have joined fellow Australian Sam Stosur in the main draw at Indian Wells after both won their final round qualifying matches on Tuesday.

Dellacqua continued her solid singles form of 2014 with a 6-4 6-3 victory over Brit Johanna Konta, having won her opening round qualifying match over Anna Tatishvili on Monday.

She will take on American Christina McHale in her first round match in the Californian desert, with the winner lining up against 19th seed Kirsten Flipkens, one of Dellacqua’s victims during her run at Melbourne Park.

Rogowska has also demonstrated impressive form on the singles court this season, and kept it going with a torrid, three-set victory over Hungary’s Melinda Czink.

The Victorian battled for almost two-and-a-half hours before wrapping up a 6-7(1) 6-3 6-2 victory, helped by a noteworthy nine aces, 75 per cent of points won on her first serve, and the creation of 20 break point chances.

Rogowska takes on Croatian wildcard Donna Vekic in the main draw, and should she progress, will come up against 12th seed and reigning Australian Open finalist Dominika Cibulkova.

Of the Aussie men’s hopes at Indian Wells, Sam Groth cruised into the second round of qualifying with a 6-3 6-4 over young American wildcard Stefan Kozlov.

Later on Tuesday, John-Patrick Smith joined him with a nail-biting victory over Wayne Odesnik.

Groth and Smith will contest their final-round qualifying matches on Wednesday; Groth takes on Russia’s Evgeny Donskoy while Smith faces the winner of the match between Daniel Cox of Great Britain and Slovakia’s Andrej Martin.