US Open quallies: three Aussies through

UPDATE: Casey Dellacqua, Olivia Rogowska and Matt Reid have won through to the second round of US Open qualifying on Tuesday at Flushing Meadows. 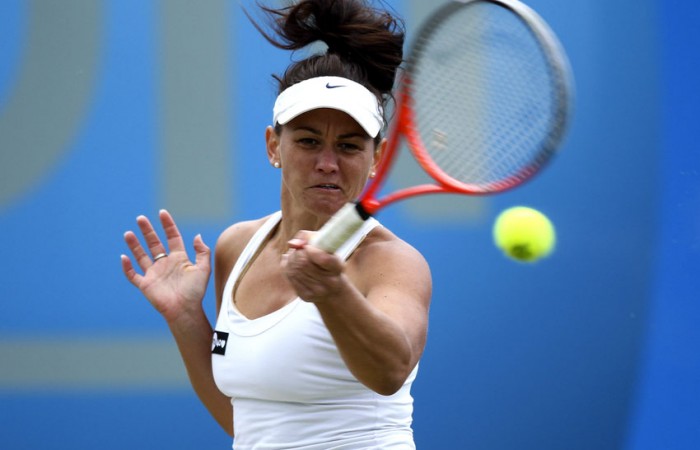 Australians Casey Dellacqua, Olivia Rogowska and Matt Reid have won through to the second round of US Open qualifying after each posted straight-set wins at Flushing Meadows on Tuesday.

Dellacqua, playing her first match since Wimbledon, brushed aside American Chieh-Yu Hsu 6-3 6-2 in exactly one hour.

The 27th seed will next face Claire Feuerstein of France.

For Reid, it was a tighter affair, yet he managed to record a 7-6(5) 6-3 victory over Germany’s Andreas Beck to set up a second round meeting with Maximo Gonzalez of Argentina.

Rogowska scored arguably the most impressive victory of the trio, defeating No.8 seed Johanna Konta of Britain 7-5 6-4 later in the day on Tuesday; next up is a battle against Dutchwoman Richel Hogenkamp.

Having reached the final of the Landisville ITF event in Pennsylvania recently, Rogowska has now won five of her past six matches.

Unfortunately, Matt Ebden, Matt Barton and Sam Groth were unable to join their compatriots in the second round.

Sam Groth’s match was one of the last to be contested on Tuesday, and he fought hard before eventually losing to Japan’s Hiroki Moriya 6-4 4-6 6-3.

Greg Jones and Nick Kyrgios will do battle in an all-Australian affair.