Rankings watch: Harris on the rebound

Having struggled recently with injury, young Aussie talent Andrew Harris has stormed back up the rankings following a trip to the final at a Thailand Futures event. 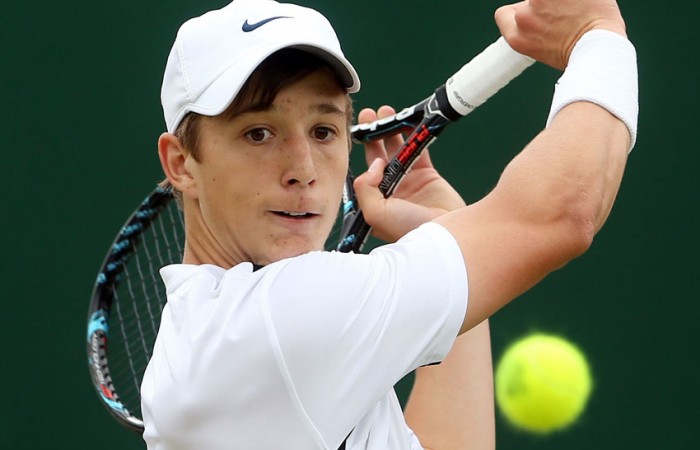 In a resounding return from injury, Andrew Harris’s recent run to the final at the Thailand F2 ITF Futures event has seen him rocket up this week’s ATP World Tour rankings.

The Melbourne-based Harris jumped 667 places to world No.931, an extremely impressive achievement considering the Thailand event was his first tournament of 2013.

The injury forced Harris out of competition for 11 months; he resumed training just six weeks ago.

His runner-up finish in Thailand was followed by a trip to the semifinals last week in the Thailand F3 ITF tournament, meaning his ranking stands to rise even further.

The teenage pair were the biggest movers in an exciting week for Australian tennis which saw several players scaling the rankings ladder.

Matthew Ebden leapt 13 places to No.109 and within striking distance of a top 100 return following his first career ATP Challenger title, which came on grass in Nottingham.

The table below shows the most notable rankings improvements among the Aussie men this week:

On the women’s side, Ashleigh Barty staked her claim as Australia’s fastest-rising female star by cracking the top 150 in the latest WTA rankings.

Barty’s rise of 34 spots to world No.149 also boosts the 17-year-old Queenslander into fifth spot in the Australian women’s rankings, behind Sam Stosur, Anastasia Rodionova, Casey Dellacqua and Olivia Rogowska.

Barty won her first main draw match at a Grand Slam with a three-set win over Czech Lucie Hradecka at the French Open, before falling to 12th seed Maria Kirilenko.

Rodionova, by virtue of reaching the final round of qualifying at Roland Garros, jumped 15 places to No.120.

Dellacqua and Rogowska also enjoyed rises, jumping nine and 13 places respectively after wins in the first round of French Open qualifying.