World No.5 junior Nick Kyrgios, into the Osaka quarterfinals, is one of several top Aussie juniors currently touring Asia and competing at ITF junior tournaments. 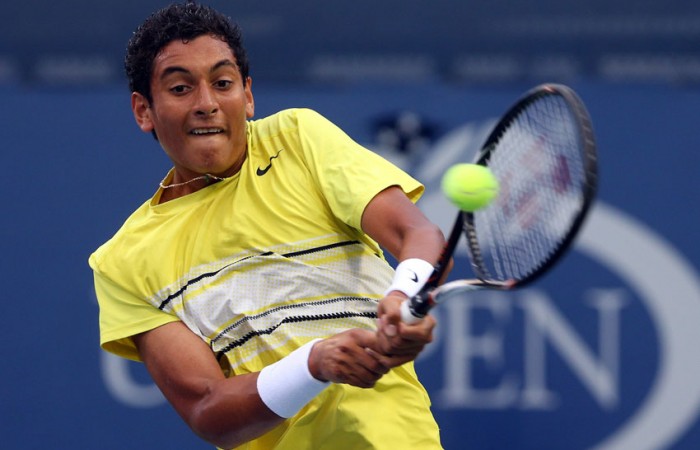 World No.5 ITF junior Nick Kyrgios, who has progressed to the quarterfinals at an event in Osaka, Japan, is one of several top Australian juniors currently on tour in Asia competing at several ITF junior tournaments over the next few weeks.

Kyrgios, an AIS Pro Tour Program member, is currently the top boys’ seed in Osaka and will play in the quarterfinals today. He meets No.9 seed Johan Sebastien Tatlot of France for a spot in the last four.

The Canberra player has returned to Japan to improve on last year’s semifinal result and to work towards a year end world No.1 junior ranking.

“I like being in Osaka, it’s a nice venue and place.  I’m very confident I’ll have a good run this year,” Kygrios said.

“Osaka has good conditions, with fast courts that suit my game.

“I have a lot of expectations this week, I need to put it aside and focus on my game plan. There are plenty of good players in the tournament that are all capable of beating me. Each match is important.”

The 17-year-old has had a handful of strong results this year having already won two junior grand slam doubles titles at Wimbledon and the French Open with Andrew Harris (Vic) before reaching the singles quarterfinals of the US Open Juniors in September.

Just last week, Kyrgios won through to the semifinals of the Australian Pro Tour event in Margaret River after defeating world No.3 junior Luke Saville.

“My results show that my game is improving. It shows I’m capable of beating anyone on any given day,” Kyrgios said.

“I’ve lost a lot of weight this year to assist my movement around the court. I’ve focused on being able to move and not just hit the ball so hard, giving me plenty of opportunity to win and stay in points.

In Thailand, Marc Polmans (Vic), Lizette Cabrera (Qld), Olivia Tjandramulia (Qld) and Sara Tomic (Qld) are in the singles quarterfinals of the ITF G2 in Thailand.

These players are part of an additional tour, the Asia ITF Tour, which also includes Jake Delaney (NSW). The team will travel to Korea this weekend with coaches Anthony Richardson and Wayne Arthurs.