Bendigo will host the final stop of the 2012 Australian Pro Tour this weekend when action at the William Loud Bendigo International gets underway. 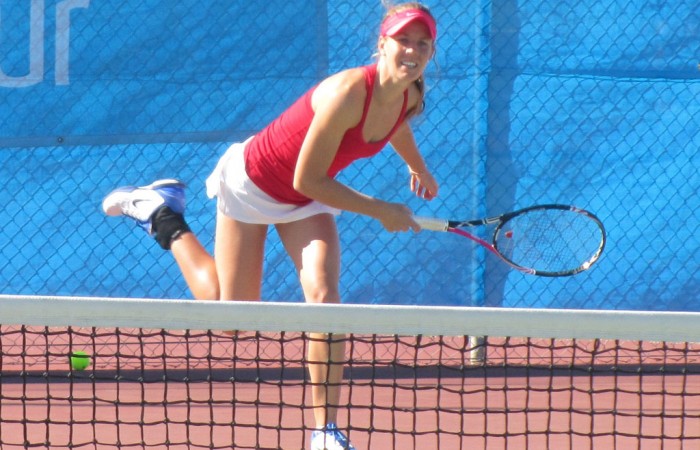 Bendigo will host the final stop of the 2012 Australian Pro Tour this weekend when action at the William Loud Bendigo International gets underway at the Bendigo Bank Tennis Complex from 27 October-4 November.

More than 150 players, including 19 international players from 11 countries, will contest the men’s and women’s draws. Qualifying begins on Saturday with main draw action beginning next Tuesday.

“Bendigo always hosts one of the most popular stops of the circuit and one that the players always look forward to,” said tournament director Jason Simmons.

“It’s a great sporting city and to be able to hold this event there is wonderful for both the town and the sport.”

Australia’s third-ranked player Olivia Rogowska (St Kilda, Vic) will be looking to claim a Pro Tour title in her home state as she continues her pursuit of a top 100 ranking.

The 21-year-old will be challenged by world No.231 Daria Gavrilova of Russia and 2011 Junior Wimbledon champion and rising star Ashleigh Barty (Springfield, Qld), who complete the top three seeds in the women’s draw.

Bojana Bobusic (Perth, WA), Sally Peers (Glen Waverley, Vic) and Viktorija Rajicic (Delahey, Vic) have direct entry as does Bendigo teenager Eliza Long (Bendigo, Vic), who has been granted a wildcard into the main draw after her strong showing in Traralgon this week.

The Year 11 student from Catholic College Bendigo will compete in only her second professional event of her career.

The USD $15,000 men’s field will be a tight tussle with John Millman (Carina, Qld) to headline the draw with reigning champion Matt Reid (Dural, NSW) and Benjamin Mitchell (Worongary, Vic) hot on his heels.

Last year, Reid defeated Mitchell in three sets for the 2011 title. Mitchell, who turns 20 next month, will be looking to change things up after reaching the semifinals of the last three events in Port Pirie, Esperance and Margaret River.

The right-hander had a breakthrough year in 2011 winning four Futures titles and competing in the first round of the Australian Open and Brisbane International in January.

In-form Luke Saville (Barmera, SA), who reached a career high of No.375 on Monday, will also play and is looking for a good result heading into December Showdown, as are AIS Pro Tour members Alex Bolt (Murray Bridge, SA) and Andrew Whittington (Williamstown, Vic).

“Hosting a Pro Tour tournament allows the local community to see some of the nation’s best up and coming talent and gives local players the opportunity to participate in an elite tennis event, confirming Bendigo as a significant regional tennis partner,” said Bendigo Tennis Association executive officer Leon Retallick.