Only the beginning for Australia’s leading men 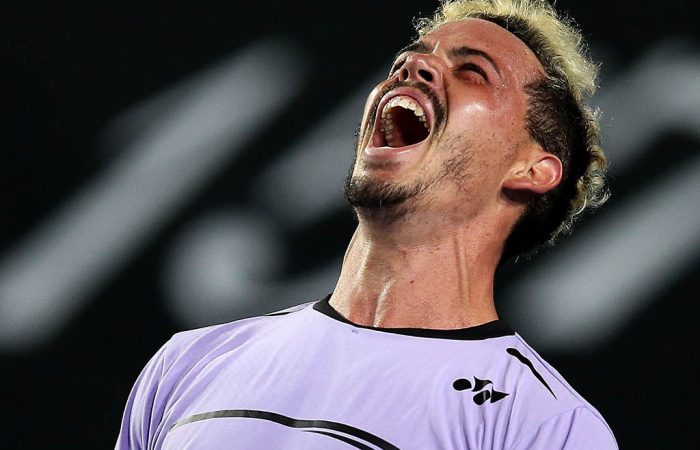 “Australian tennis is on the up,” Alex Bolt proudly declared during his career-best Australian Open run.

“We have a couple of young really good players in (Alex) De Minaur and (Alexei) Popyrin coming through now. Demon is leading the chase for us Aussies. You have (John) Millman and (Matthew) Ebden. All these quality guys in the top 100 now. I think it’s great for us. Pushing a lot of us other guys outside the top 100 to strive for more.”

And Bolt, who entered the Australian Open at world No.155, would know. The 26-year-old wildcard starred on the Grand Slam stage, upsetting several more experienced opponents.

He defeated former world No.8 Jack Sock in the opening round to record his first main-draw win, then saved four match points in a stirring five-set victory over world No.30 Gilles Simon in the second round.

It took world No.4 Alexander Zverev to stop Bolt’s sensational run – which the South Australian described as a valuable learning experience.

“(It was) unbelievable to play a match on Rod Laver. Growing up as a kid, it’s always something I dreamed of doing. To do it out there, not just on Rod Laver Arena, but with Rod Laver in the crowd, that was pretty special,” Bolt said.

That was tough to take but an unreal experience! Thank you everyone who stayed up and watched! I love you so much Australia! Thank you. ❤️🇦🇺 pic.twitter.com/xGYINqlfiL

“I felt like my game is definitely there. It’s just I need to be able to maintain that for longer periods of time.”

Teenager Popyrin feels like he belongs on the Grand Slam stage too after making a career-best run. The No.149-ranked wildcard defeated AO2017 quarterfinalist Mischa Zverev for his first Grand Slam win, then was leading Dominic Thiem by two sets when the world No.7 retired in their second-round contest.

Popyrin, who became the first Australian in 49 years to win the French Open boys’ singles title in 2017, won many fans with his fighting spirit in a third-round battle with eventual semifinalist Lucas Pouille. The 19-year-old recovered from match point down in a third-set tiebreak to push the match to five sets.

“I felt pretty comfortable out there,” Popyrin said. “Playing five sets, pushing it all the way to the end for the first time. I’m happy with the way my body held up. So I think I’m ready.”

The run propelled Popyrin to a career-high ranking of No.124 and earned him a Davis Cup debut, with the teenager promoted to the Australian squad for a qualifying tie against Bosnia and Herzegovina in February.

“It’s always been my dream to play for Australia,” he said.

Popyrin’s next goal is to break into the world’s top 100.

“I’m going to try to play ATPs from now on. Hopefully I can build my ranking up in those tournaments,” Popyrin said.

The 24-year-old made a second career ATP quarterfinal in Sydney and scored a first Australian Open win in a memorable summer, which he ended at a career-high ranking of No.61.

Most importantly, Thompson’s self-belief is growing.

“It’s getting better every match I think,” he said. “Whether I win or lose, I feel more comfortable on the court.”

John Millman is proof it can be done. The 29-year-old is reaping the rewards of his perseverance and now entrenched in the world’s top 50 after his US Open quarterfinal run last season.

Millman enjoyed more highs this summer. He made a first ATP-level quarterfinal on home soil in Sydney, then pushed world No.24 and eventual quarterfinalist Roberto Bautista Agut to five sets in the Australian Open second round.

Proving that success makes players strive for more, Millman was disappointed with his Australian Open exit.

“I wanted nothing more than to go for a run here at the Australian Open. The US Open gave me a taste for that, to go really deep,” Millman said.

“Definitely a missed opportunity for me because I feel like I’m playing some really good tennis.”

Yet Millman, who is increasingly buoyed by the success of his peers on the world stage, understands more opportunities await.

“I think we forget sometimes, too, just how strong tennis is. It’s a worldwide game. We’re competing against, in my opinion, some of the best athletes in the world. It’s one of the most played sports in the world,” he said.

That was evident at the Australian Open, with 40 nations represented in the men’s singles main draw. Yet among the 128 competitors were 12 Australians, the most local representatives in 18 years. Eight years ago, that number was six.

It’s a positive sign according to Sam Groth, the 2015 Newcombe Medal winner and now media commentator.

“Even though it’s an individual sport, Australian tennis has had its most success whenever we’ve had the biggest ranking group in the top 100,” the former world No.53 said.

“Australian tennis has always come in waves and hopefully with the group we’ve got now, there’s another wave.”

This article appears in the Feb/Mar 2019 issue of Australian Tennis Magazine.