Kubler knocked out in fourth round at Wimbledon

American Taylor Fritz has ended the winning run of Australian qualifier Jason Kubler in the fourth round at Wimbledon 2022. 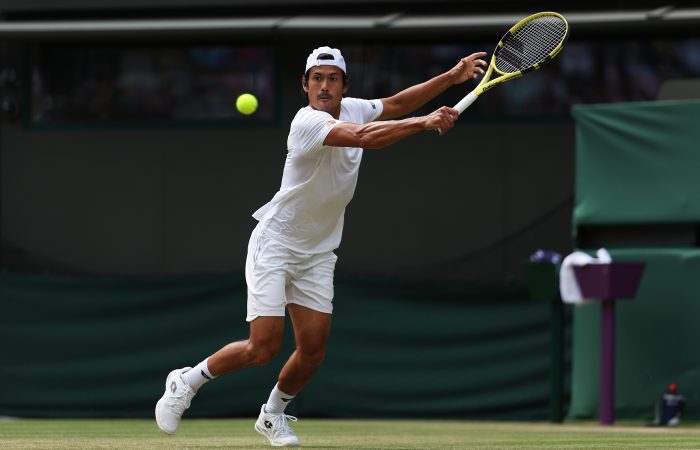 Jason Kubler’s fairytale Wimbledon campaign came to an end in the fourth round today, losing to No.11-seeded American Taylor Fritz in straight sets.

Kubler had won six consecutive matches at SW 19, three in qualifying and three in the main draw, to complete his most successful Grand Slam event so far.

In the opening game, Kubler generated four break points but couldn’t land the final blow in what was a crucial hold for Fritz.

The American broke immediately in the next game to assume control in the match and he would not let up for the remainder.

He closed the opening set out 6-3 and would get an early break in the opening game of the second set, racing through it in less than half an hour.

When he broke again in the fourth game of the third set, it looked like he would cruise home. But Kubler had other ideas.

A strong return game got the break immediately back as Kubler dug in for the fight, pushing the third set deep.

Fritz eventually converted his third match point, breaking serve in the 10th game to complete a 6-3 6-1 6-4 victory in two hours.

This was world No.99 Kubler’s first trip beyond the second round of any major and his first victories in the main draw at Wimbledon.

“I’m happy with the experience. You know, I’m pretty fortunate that I was able to play on Court 1. When I do look back on today, it’s not going to be, ‘Damn, I lost’. It’s going to be, ‘I’m happy I got to play one of the biggest courts in the world, and I got to play Taylor who is playing very well at the moment and I fought till the end’,” he said.

“If anything, now I can build off this result and hopefully do some other things in the future.”

The biggest pay cheque of his career is also a welcome bonus after so many years of toil in the face of injuries and setbacks.

“Now I can almost go fully in. It’s almost like I can, you know, put a lot of money into seeing how good I can get,” Kubler said.

“Even if another result like this never happens, at least I can put all my efforts, all my sort of own financial backing into it, and then sort of see how good I can get. Hopefully a full-time physio, hopefully that stops the injuries, and I can remain being consistent on the tour and hopefully my ranking keeps rising.”