De Minaur charges into fourth round at Wimbledon

Australian Alex de Minaur has advanced to the fourth round at Wimbledon for the first time in his career. 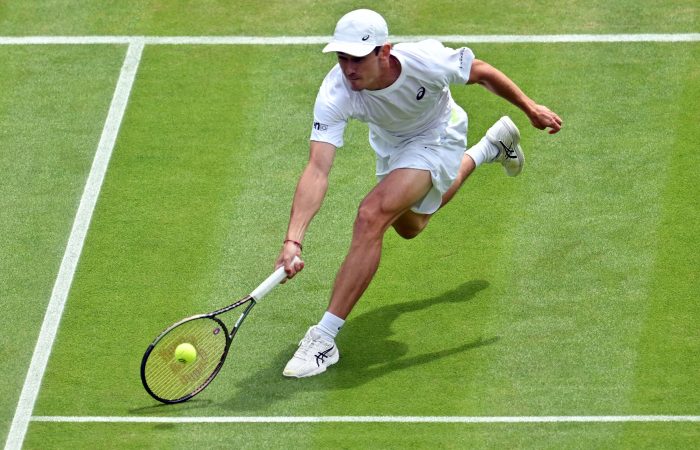 Alex de Minaur has continued Australia’s perfect day at Wimbledon, winning his way into the fourth round at SW19 for the first time in his career.

For De Minaur, this Wimbledon breakthrough follows a maiden fourth-round appearance at the Australian Open in January.

The Australian struck 43 winners to 18, 13 aces to three and won 78 per cent of points on first serve, as he continues what is arguably career-best form on grass.

After the match, De Minaur discussed how much it means to go deep in a Grand Slam again.

“Well, look, this has always been a goal of mine for a while now, to try to make second week of Slams,” he said.

“Because I feel like I’ve shown great level throughout the year, but when it came to Slams, I kind of haven’t shown my best tennis or haven’t been able to crack through that kind of first week of Slams.

“You know, I think just being able to get through week one, that’s the biggest thing. Doesn’t have to be pretty, doesn’t have to be flawless. But, you know, once you’re in a second week of a Slam, you’re getting closer to the goal and you’re putting yourself in positions where, you know, now all the stress is out, you can go out there and play and stay loose and who knows what can happen.”

He will now face world No.43 Cristian Garin of Chile on Monday.

These two players have met three times previously, with De Minaur winning all three encounters and all seven sets they have contested. This included at Eastbourne a fortnight ago, where De Minaur posted a 6-3 6-3 victory.