Australian qualifier Jason Kubler is through to the third round in the gentlemen's singles competition at Wimbledon 2022. 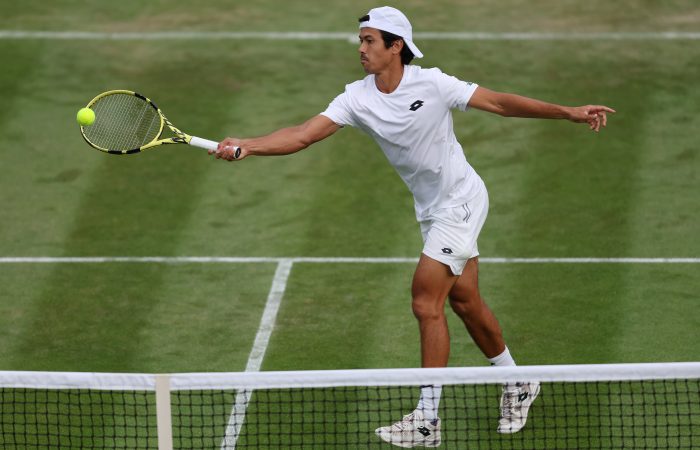 The Jason Kubler fairytale rolls on at Wimbledon, with the comeback king racing into the third round with another straight-sets victory.

Kubler was in control from the opening point as he moved past fellow qualifier Dennis Novak 6-3 6-4 6-4 in just under two hours.

The 29-year-old Queenslander is into the third round of a major for the first time in his career, with a fifth straight victory at SW19 after earning his place in the main draw via qualifying.

Kubler made just 18 unforced errors, compared to 40 from Novak, and dropped less than seven points on serve per set on average.

Whilst the match took less than two hours of on court time to conclude, it wasn’t all straight forward for the Aussie. He had to sleep on a 5-4 third-set lead, knowing all he had to do was hold serve to claim the biggest win of his career.

With rain coming late on day four, they weren’t able to finish before the night-time curfew, meaning Kubler might have tossed and turned over the many possibilities in front of him today.

But he only needed four points, holding to love to seal victory.

“Yeah, that’s the first time I have really had to come back out in a match where the score is so close to it being finished,” Kubler said after the match.

“Then, yeah, kind of a weird feeling when the match finished because you have so much energy to get ready for possibly another two more sets after that one.

“For it to finish in four points was a good feeling, don’t get me wrong, but it was a weird feeling when I finished.”

Kubler will now face resurgent American Jack Sock on Saturday, with a place in the fourth round up for grabs.

“I think for both of us, we’re probably both looking at it as a good opportunity. He’s won doubles here a couple times. I’m not sure what his best result is here, but he’s obviously good on grass,” Kubler said.

Coach Stephen Huss spoke last week about the growth in Kubler’s game, after years of injury setbacks had restricted him.

“The confidence starts with the extra work and professionalism he has been doing and showing,” Huss said.

“The goal is to continue his growth. Jason’s best tennis is still ahead of him and he is working towards that.”