Aussie women inspiring each other at Wimbledon

Maddison Inglis believes the Australian support was invaluable during the Wimbledon 2022 qualifying competition. 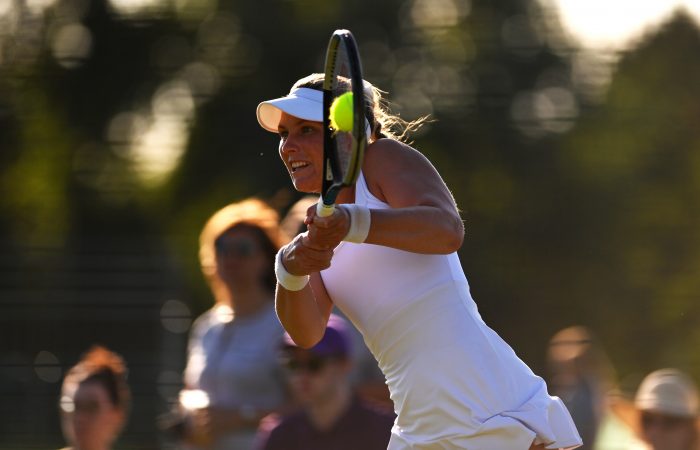 Australian women are rewriting history at Wimbledon, before this year’s main draw competition has even began.

Four Aussies earned main draw spots, the most to achieve this feat in 39 years.

A strong and vocal Aussie contingent of players and coaches were at Roehampton, where the qualifying competition is held, cheering on their peers throughout the week.

“Who knows if I would have got through it without all that support? So it was really, really special,” said 24-year-old Maddison Inglis.

It is the first time world No.129 Inglis has qualified at a major tournament.

“Everyone’s fighting so hard and it’s tough to win three matches in a row. So, I’m so, so happy,” Inglis said. “And to do it when five other Aussies did (including two men), it was really special.”

For the first time since 1983, four Australian women have qualified for the main draw at #Wimbledon 🤩

Astra Sharma, one of the four Australian women to qualify, noted the inspiration she took from her peers’ success too.

“It just felt so good to be able to come off a match and just score track and be like ‘oh my gosh, so and so won’. You just felt this like sense of support and everyone wanting everyone to do well.”

Tomljanovic, Australia’s top-ranked woman at world No.45, was thrilled to see her compatriots perform so strongly in the qualifying competition.

“It is really nice to see, especially the ones that did it for the first time. It’s exciting for them,” she said.

Tomljanovic warned the Australian qualifiers have the potential to continue their winning runs too when main draw action begins on Monday.

“Let me tell you, nobody likes to play a qualifier,” said 2021 quarterfinalist Tomljanovic. “They’re tough because they have their confidence, they’re excited, they’re hungry and they want to beat you.”