Australian Alex de Minaur has booked a semifinal spot at an ATP 250 tournament in Lyon. 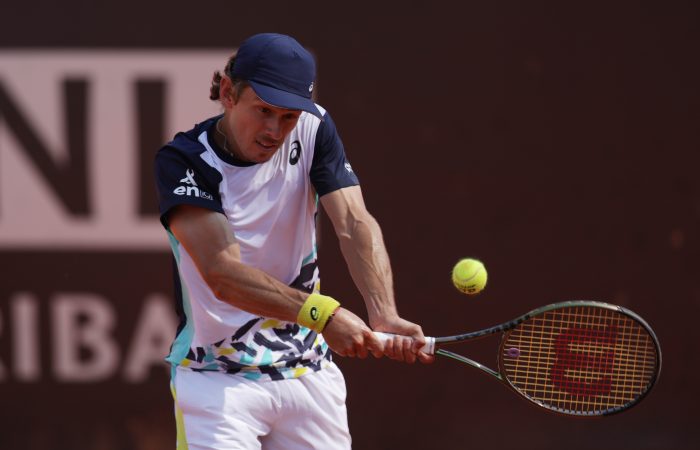 Alex de Minaur’s career-best clay season is continuing at an ATP 250 tournament in Lyon this week, with the Australian moving into the semifinals.

The world No.21 was leading by a set when Japanese lucky loser Yosuke Watanuki retired from their quarterfinal clash.

This improves De Minaur’s season record on clay to nine wins from 14 matches.

To advance to a career-first ATP final on clay, De Minaur needs to beat world No.47 Alex Molcan in the semifinals.

Daria Saville and American partner Nicole Melichar-Martinez have advanced to the doubles final at a WTA 250 tournament in Strasbourg.

The first-time pairing scored a 6-3 6-3 semifinal win against Belgian Elise Mertens and France’s Diane Perry in the semifinals.

This propels Saville into her fifth career WTA doubles final – and first since combining with fellow Australian Ellen Perez to claim the Strasbourg title in 2019.

World No.8 Casper Ruud has ended the winning run of Australian Thanasi Kokkinakis at an ATP 250 tournament in Geneva.

It ends an impressive week from Kokkinakis, who had never previously progressed to a tour-level quarterfinal on clay.

Hopes of an all-Australian semifinal at a WTA 250 tournament in Rabat have been dashed, with both Ajla Tomljanovic and Astra Sharma losing their quarterfinal matches.

Tomljanovic retired in the opening set of her clash against Hungary’s Anna Bondar with a right thigh injury, while American Claire Liu scored a 6-4 6-1 win against Sharma.