Aussies off to a winning start at Italian Open

Alex de Minaur leads the Aussie charge in Rome this week, where he has advanced to the second round in singles. 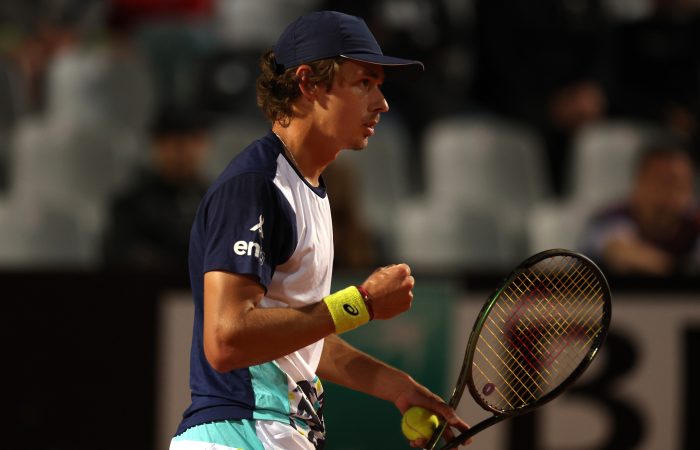 Australian hopes have made a promising start at the Italian Open this week.

Alex de Minaur charged into the second round of the ATP Masters 1000 event, recording a 6-4 6-1 victory against Serbian qualifier Dusan Lajovic.

The world No.22-ranked Aussie saved all seven break points he faced in the 100-minute match.

Ajla Tomljanovic was in a strong position when rain halted her first-round showdown with Italian hope Camila Giorgi. The top-ranked Aussie woman was leading 6-3 4-2 when play was suspended.

Tomljanovic did not have to return to court, with Giorgi conceding the match due to injury.

Ellen Perez and her American partner Nicole Melichar-Martinez have also progressed through to the second round.