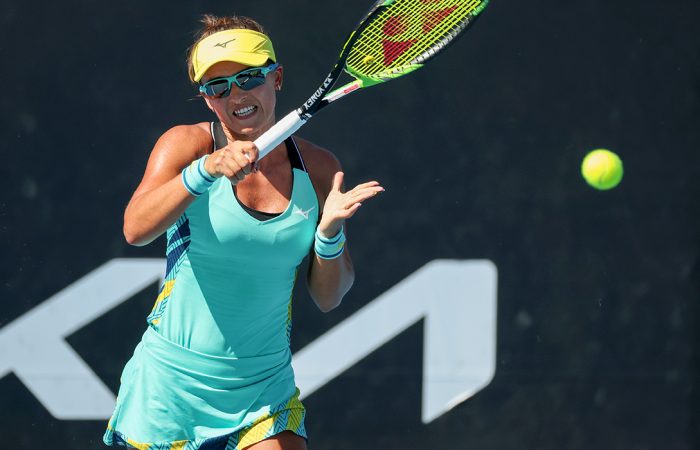 It has been a tough day for local contenders in the Australian Open 2022 women’s qualifying singles competition, with all five players in action losing their second-round matches.

The 24-year-old from Queensland struck 27 winners in the one-hour and 43-minute battle, but was ultimately undone by 46 unforced errors.

Arina Rodionova started strongly in her clash with world No.219 Mirjam Bjorklund, however the rising 23-year-old Swede prevailed in three sets.

Seone Mendez, a 22-year-old Australian who claimed her first Grand Slam win this week, also exited against a seeded opponent. China’s Zheng Qinwen, the No.13 seed, posted a 6-3 6-2 victory.

Unfortunately, Zoe Hives’ fairytale return from illness ended on a disappointing note. After winning her first competitive match in more than two years on Tuesday, an ankle complaint hampered the 25-year-old wildcard in a straight-sets loss to American Emina Bektas.

The results leave Kimberly Birrell as the last Australian in the women’s qualifying singles draw. The 23-year-old from the Gold Coast plays Brit Harriet Dart in the final qualifying round tomorrow.