Australian wildcard Jordan Thompson has lost in the second round at this week's ATP 250 tournament in Sydney. 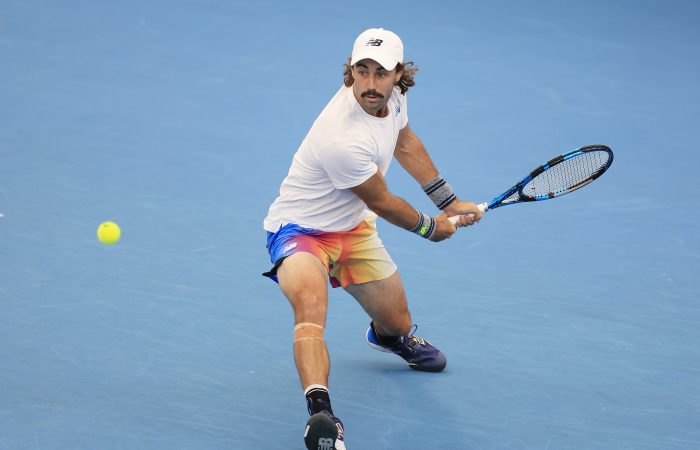 Jordan Thompson has been knocked out of the Sydney Tennis Classic.

The 27-year-old Thompson, who grew up in Sydney and has spent countless hours training at the Sydney Olympic Park Tennis Centre, had no answers for the No.4 seed in the 78-minute encounter.

The big-serving American recorded a commanding 6-3 6-2 victory, striking 10 aces and losing only a single point behind his first serve.

Such dominance made it hard for Thompson to build any momentum. He did earn one break point in the final game of the match, however Opelka dutifully saved with an unreturnable serve.

Thompson now turns his attention to next week’s Australian Open, where the world No.73 is set to make his ninth consecutive main draw appearance.

Ajla Tomljanovic is setting her sights on the upcoming Grand Slam tournament too after also exiting in the second round.

The world No.45 lost to fifth-seeded Spaniard Paula Badosa at Ken Rosewall Arena this evening.

Tomljanovic put up a spirited fight, but seven double faults proved costly in a tight 6-3 6-4 battle against the world No.9.