Jordan Thompson off to a winning start at Sydney Tennis Classic 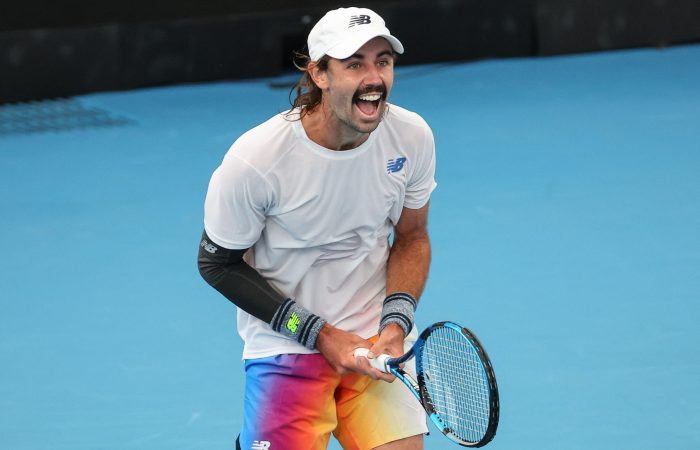 “I remember coming to this tournament as a kid all the time,” Thompson said.

“You know, every time I step on that court, I just remember as a kid, that’s where I wanted to be. I wanted to be playing on the centre court at Sydney Olympic Park.”

The result sets up a second-round showdown with fourth-seed American Reilly Opelka.

“I have played Reilly once before, a long time a go at a Challenger, but he’s a much better player now,” Thompson said. “It never gets easier. In fact, it gets harder.”

Priscilla Hon was beaten in the opening round of the women’s singles competition, with Romanian Jaqueline Cristian recording a 7-6(5) 7-5 victory. While world No.10 Ons Jabeur proved too strong for Astra Sharma, scoring a 6-1 6-3 win in their first-round encounter.

In men’s qualifying singles action, Sydney local Chris O’Connell booked his spot in the main draw with a 6-3 6-4 win against world No.86 Italian Stefano Travaglia.

After scoring the 10th top-100 victory of his career, world No.173 O’Connell has drawn fellow qualifier Sebastian Baez in the opening round. It will be his first meeting with the No.95-ranked Argentine.

In other news, Ash Barty withdrew from the tournament earlier today.

After claiming the Adelaide International singles and doubles titles yesterday, the world No.1 will instead head to Melbourne to prepare for the upcoming Australian Open.

Australian wildcard Nick Kyrgios, who was scheduled to play seventh seed Fabio Fognini this evening, has also withdrawn from the tournament due to illness.