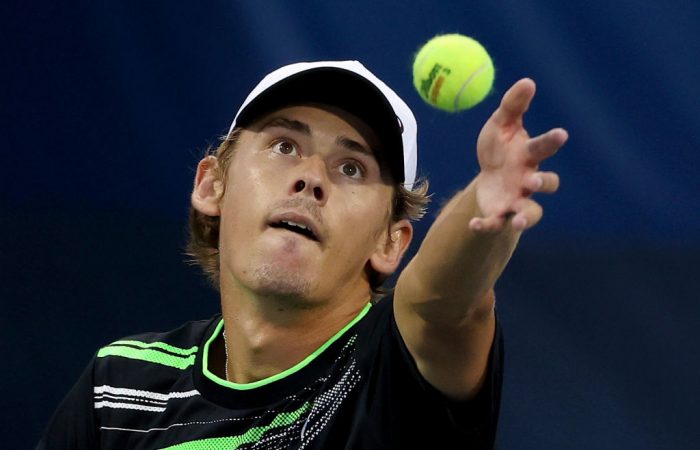 Alex de Minaur will contest the third round at Indian Wells for the first time in his career after a hard-fought win over fellow Australian Aleksandar Vukic.

The 27th-ranked De Minaur required an hour and 35 minutes to advance past Vukic in their first ATP-level meeting, eventually recording a  6-4 7-5 victory.

Vukic, who qualified to make his main draw debut at the ATP Masters 1000 tournament, made the younger Australian work hard for victory.

After exchanging service breaks early in the match, De Minaur claimed the last two games to close out the 44-minute first set.

Vukic took a 3-0 lead in the second set before his world No.27 opponent wrestled momentum with a service break in the seventh game.

Helped by seven aces, De Minaur went on to book a third-round match with No.13 seed Cristian Garin.

An efficient Jannik Sinner had earlier proven too strong for John Millman, the No.10 seed claiming a 6-2 6-2 win over the Australian.

The rising Sinner lost just one point on serve in the 32-minute first set, claiming breaks in the third and seventh games.

The second set was a near-replica of the opener, Millman dropping serve twice and unable to create any break point opportunities as Sinner secured victory in an hour and 14 minutes.

Australia’s John Peers advanced to the second round of the men’s doubles tournament alongside Slovakian partner Filip Polasek.