Australians James Duckworth and John Millman will face-off in the quarterfinals at an ATP 250 tournament in Nur-Sultan. 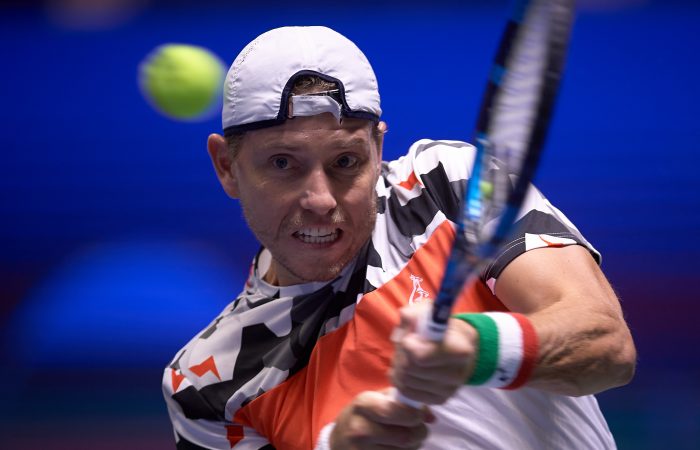 James Duckworth has continued his sensational form, reaching a first ATP-level quarterfinal of the season.

It follows the 29-year-old winning his first ATP Challenger title since February 2020 last week and rising to a career-high ranking of No.65.

Duckworth extended his current winning streak to seven matches with a 7-6(2) 6-2 victory against fourth-seeded Filip Krajinovic in second-round action at Nur-Sultan.

The quiet-achieving Australian lost only nine points on serve against the world No.37, helping him record his sixth top-40 win of the season.

It is their second career meeting at tour-level – and first since 2015, when Millman scored a 6-4 6-4 win in a Beijing qualifying match.

This is Duckworth’s fourth career appearance in an ATP quarterfinal. He has previously made one semifinal, at Rune in February 2020.

Alex de Minaur has exited in the second round of an ATP 250 tournament in Metz.

American Marcos Giron scored a 7-5 7-6(5) victory against the fourth-seeded Australian in a one-hour and 50-minute battle.

De Minaur saved a match point in the 10th game of the second set, fighting back to win two consecutive games and earn the opportunity to serve for the set. However, world No.69 Giron broke back and then held his nerve to win a tight tiebreak.

The winning run of Astra Sharma and Dutch partner Rosalie Van Der Hoek has ended in the quarterfinals at a WTA 500 tournament in Ostrava.

They proved no match for top-seeded duo Magda Linette of Poland and American Bernarda Pera, who posted a 6-4 6-2 victory.