There is good news for several Australian players in the latest world rankings, including Astra Sharma, James Duckworth and Maddison Inglis. 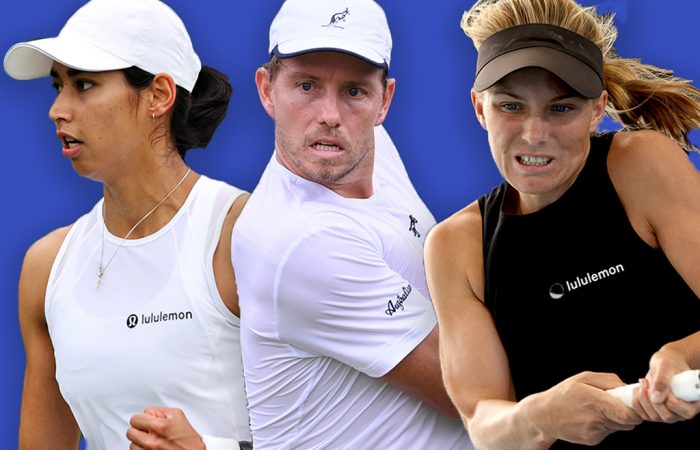 There are two new faces in the Australian top 10 in the latest WTA Tour rankings, with Ellen Perez and Olivia Gadecki overtaking Priscilla Hon and Sam Stosur.

The 19-year-old Gadecki is at a career-high ranking of No.242 this week, rising 15 places to make her Australian top-10 debut, and Perez reclaims her top-10 position after improving eight places to world No.227.

There is better news for several other Australians.

Astra Sharma is verging on a top-100 return after rising four places to No.108, while Maddison Inglis improves eight spots to world No.131 after reaching an ITF semifinal in Portugal.

James Duckworth is at a new career-high in the latest ATP Tour men’s singles rankings. The 29-year-old rises 15 places to world No.65 after winning an ATP Challenger title in Turkey, which also propels him from fifth position to third in the Australian top 10.

Max Purcell is at a career-high No.189, rising 11 places after reaching the quarterfinals at an ATP Challenger in America, while Aleksandar Vukic improves 19 spots to world No.214 after his semifinal run at that event.

A trio of 20-year-old Australians set new career-high rankings this week: Rinky Hijikata at No.443, Dane Sweeny at No.538 and Tristan Schoolkate at No.735. Schoolkate is set to rise even higher too after winning his first professional title in France.

Jeremy Beale improves 100 places to No.684 after claiming his first ITF Futures singles title since 2018. While Li Tu is another Aussie enjoying an impressive run in Tunisia, helping the 25-year-old rise to a career-high No.921 this week. Tu has won two ITF Futures titles in the past month.

Storm Sanders sets a new career-high this week at world No.34, as does Olivia Gadecki at world No.191.

Seone Mendez is the biggest mover of the week, improving 24 places to a career-high No.304 after advancing to an ITF semifinal in Spain.

John Peers continues his run as the Australian No.1 in the latest ATP Tour doubles rankings.

Rinky Hijikata is the biggest mover of the week, improving 234 places to world No.868 after reaching an ATP Challenger quarterfinal alongside Alex Bolt in America. That effort sees Bolt rise 32 spots to world No.418.