Alexei Popyrin and Max Purcell are through to the final qualifying round at an ATP 250 tournament in Winston-Salem. 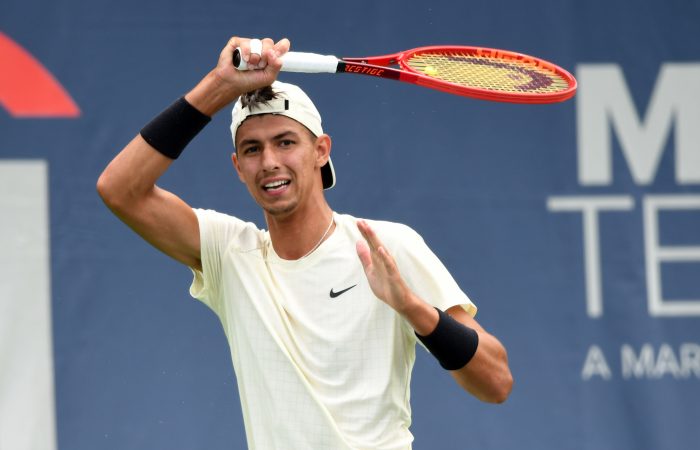 As they look to build form ahead of the US Open, Australians Alexei Popyrin and Max Purcell have advanced to the final qualifying round at an ATP 250 tournament in Winston-Salem.

It provides a much-needed confidence boost for the world No.74, who had only won two of his previous 13 matches.

Purcell, on the other hand, entered the event with brimming confidence. The 23-year-old had won 11 of his past 16 matches and been rewarded with a US Open wildcard.

The world No.206 continued his winning run – but had to fight hard to overcome compatriot John-Patrick Smith in their first-round qualifying clash. Purcell eventually prevailed 3-6 6-1 6-4 in a one-hour and 48-minute contest.

After advancing to the quarterfinals at a WTA 125 tournament in Chicago, Storm Sanders is aiming to continue her good form at a WTA 250 event in Cleveland this week.

The Australian, who has been granted a US Open main draw wildcard, has been pitted against a yet-to-be-determined qualifier in the opening round.

Anastasia Rodionova is making her return from maternity leave in the doubles draw, with the 39-year-old contesting her first tour-level tournament since Australian Open 2019.