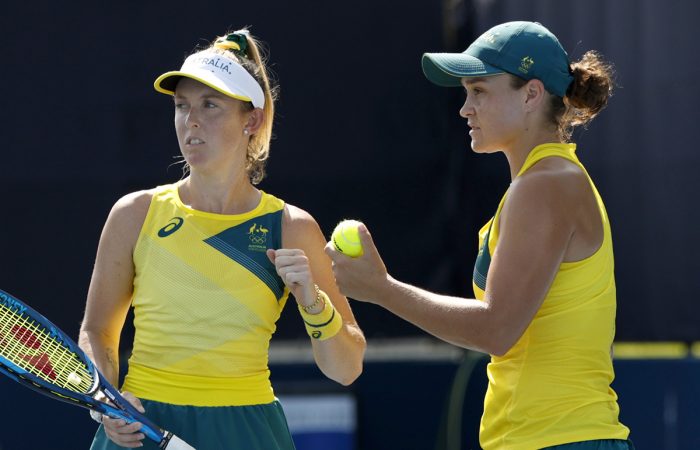 Jeremy Beale is the biggest mover of the week, rising 62 spots to world No.820. The 26-year-old is building his ranking at ITF Futures level in Tunisia and has reached the semifinals in three of his past four tournaments.

Ash Barty is spending her 81st consecutive week atop of the WTA Tour singles rankings. It is the ninth longest reign in tour history, with Barty this week overtaking Martina Hingis’ best effort of 80 weeks (from March 1997 to October 1998).

Seone Mendez is the biggest mover of the week, rising 45 places to world No.224 after reaching her first WTA-level quarterfinal. The 22-year-old, who won four matches as qualifier in Cluj-Napoca last week, is now the No.11-ranked Australian woman.

John Millman has moved into the Australian top 10, rising 35 places to world No.226 in the latest ATP Tour doubles rankings.

It is the 32-year-old’s highest ranking since May 2019 and follows a quarterfinal run at last week’s ATP 500 tournament in Washington.

There are currently eight Australian men ranked inside the world’s top 100, led by world No.25 John Peers.

Dane Sweeny, who rises 66 spots to world No.800, and Tristan Schoolkate, who improves 71 places to world No.851, are the biggest movers of the week. They have made back-to-back semifinal appearances at ITF Futures tournaments in America.

Storm Sanders is now the top-ranked Australian in the WTA doubles rankings. The 26-year-old rises two places this week to a new career-high of world No.39 and overtakes Ash Barty, who has slipped five spots to world No.40.

Ellen Perez is also on the rise, improving three places to world No.47 after reaching the semifinals at a WTA 500 tournament in San Jose last week.