For the third time in as many weeks, Australian Jordan Thompson has advanced to the singles quarterfinals at an ATP Tour tournament. 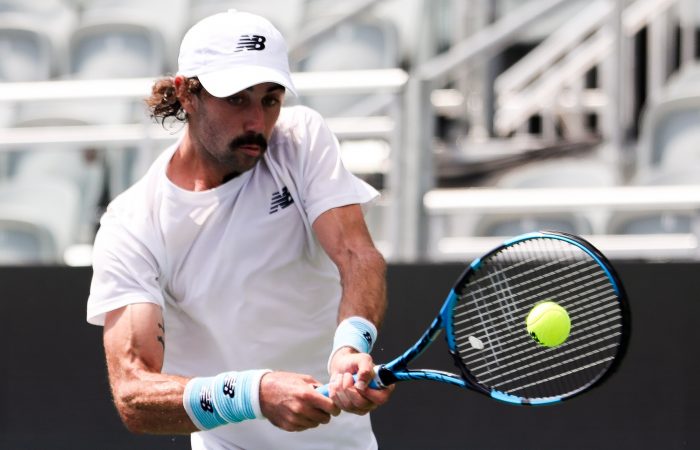 Jordan Thompson has advanced to his fifth ATP quarterfinal of the season – and fourth since mid-June.

The 27-year-old is continuing his incredible run of form at an ATP 250 tournament in Atlanta, scoring a 7-6(6) 6-4 victory against German qualifier Peter Gojowczyk in second-round action today.

The world No.63 served 18 aces in the one-hour and 47-minute battle and lost only 15 points in total on his service games.

World No.130 Gojowczyk put up a fight, however, with Thompson needing to save two set points in the opening-set tiebreak.

Thompson, who has now won 14 of his past 20 matches, plays American Brandon Nakashima in the quarterfinals. It is a rematch of last week’s quarterfinal in Los Cabos, won by Nakashima in a third-set tiebreak.

Fourth-seeded duo Matt Ebden and John-Patrick Smith progressed to the quarterfinals as well with a 6-2 7-6(1) victory against American Taylor Fritz and Brit Cameron Norrie.

In total, six Australian players have advanced to the Atlanta doubles quarterfinals.