Australians Jordan Thompson and Alex Bolt have both lost in the quarterfinals at an ATP tournament in Mexico. 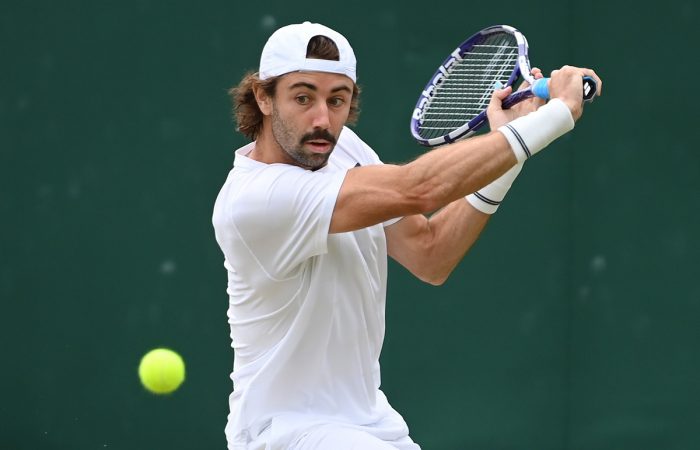 The winning runs of Jordan Thompson and Alex Bolt are over at the Los Cabos Open.

The duo created history at the ATP 250 hard-court tournament this week, marking the first time two Australians had advanced to the singles quarterfinals. But that is where their campaigns have ended.

The fifth-seeded Aussie had three match points on Nakashima’s serve at 5-4 in the deciding set, but was unable to convert any. The 19-year-old Nakashima recovered to score a 6-3 4-6 7-6(4) victory after two hours and 46 minutes on court.

The 27-year-old Thompson had been aiming to advance to his fourth career ATP-level semifinal – and his second in as many weeks. Instead, world No.134-ranked Nakashima moves into a semifinal showdown against towering compatriot John Isner.

The second-seeded Isner, who is 208 centimetres tall, defeated Australian Alex Bolt in the quarterfinals today.

The world No.39 scored a 6-3 6-4 victory, dominating the 66-minute match with his serve. The American fired 21 aces and lost only 10 points in total in his service games.

Thompson, Ebden and Smith are all set to play at an ATP 250 tournament in Atlanta next week, while Bolt will compete at an ATP Challenger event in Lexington.