Australia's Storm Sanders has continued her impressive form to reach the second round in singles at a WTA 250 tournament in Prague. 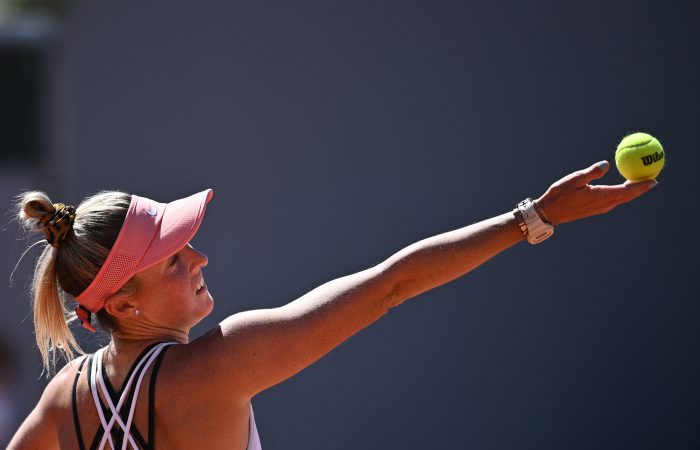 Storm Sanders has scored her fourth top-100 singles win of the season – and first since February – to advance to the second round of a WTA 250 hard-court tournament in Prague.

The 26-year-old Australian, who is currently at a career-high ranking of No.141, defeated fourth seed and local hope Marie Bouzkova in three sets.

Sanders battled for two hours and 17 minutes to record a 3-6 6-4 6-2 victory against the world No.57. It sets up a second-round meeting with world No.117 Nuria Parrizas Diaz of Spain.

Sharma’s clash with Czech Kristyna Pliskova, a rematch of their recent Wimbledon opening-round meeting, has been rescheduled for this evening.

Former world No.8 Jack Sock has ended the winning run of Australian qualifier Alex Bolt at the Hall of Fame Open in Newport. Sock, a wildcard presently ranked No.231, overcame in-form Bolt 3-6 6-4 6-3 in their first-round clash.

It leaves Jordan Thompson as the last remaining Aussie in the singles draw at the ATP 250 grass-court tournament.

After receiving an opening-round bye, John Millman begins his campaign at an ATP 250 clay-court tournament in Bastad  against French qualifier Arthur Rinderknech.

It is the fourth-seeded Millman’s first career meeting against the No.105-ranked Rinderknech.