Australia's James Duckworth has scored his first top-100 win on grass in six years to qualify at an ATP 250 tournament in Germany. 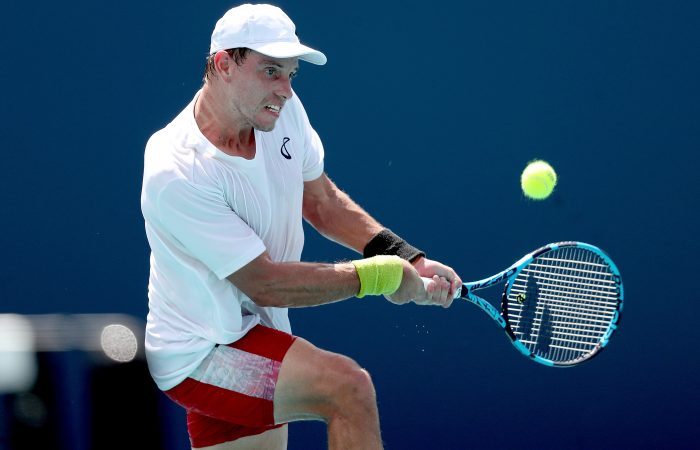 James Duckworth has qualified for an ATP 250 tournament in Stuttgart.

The 29-year-old Australian scored a hard-fought 7-6(5) 3-6 7-5 victory against Belarusian Ilya Ivashka in the final qualifying round. Ivashka served 27 aces in the two-hour and 31-minute battle, but Duckworth found a way to overcome the world No.90 and score his first top-100 win on grass since 2015.

It is the second time in his career that world No.101 Duckworth has qualified at a tour-level grass-court event, having last done so at Wimbledon in 2014.

Aleksandar Vukic has won an all-Australian battle in the opening round of an ATP Challenger event in Nottingham, defeating close friend Marc Polmans in three sets. Vukic served 18 aces in a 7-6(10) 4-6 6-3 victory that took two hours and 21 minutes.

Matt Ebden also advanced to the second round with a straight-sets win against British wildcard Ryan Peniston.

In WTA 250 action, Lizette Cabrera lost a tight encounter against No.16 seed Zarina Diyas in three sets. The 23-year-old from Queensland was aiming to score a first top-100 win since January 2020, but fell just short.