Ash Barty charges into second round at a WTA 1000 tournament in Madrid. 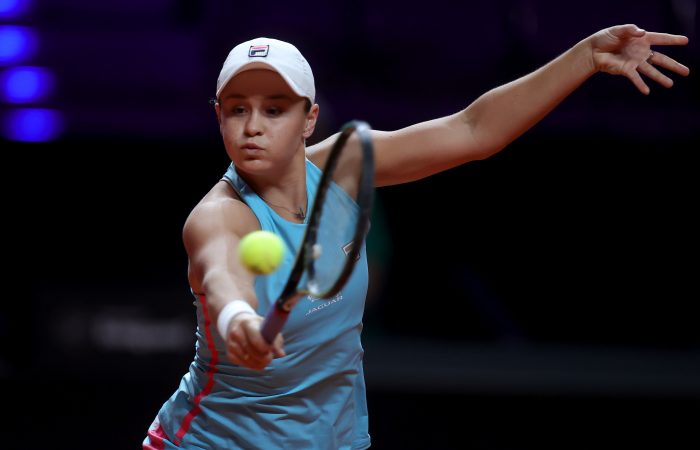 Ash Barty has extended her winning streak on European clay to 12 matches, making a perfect start at the Madrid Open.

The world No.1 recorded a 6-2 6-1 first-round victory against world No.43 Shelby Rogers, her fourth win against the American so far this season.

“I’ve played Shelby many times this year… and it’s always a very big challenge,” said Barty. “I needed to make sure that I was at my very best to be able to compete today.”

Barty fired eight aces in the 60-minute victory and lost only six points on serve. The dominant performance sets up a second-round clash with world No.80 Slovenian qualifier Tamara Zidansek.

Since travelling overseas in March, Barty has now won 13 of the 14 singles matches she has played.

It was a tough day for Aussies at an ATP 250 tournament in Munich.

John Millman is the last Aussie remaining in the tournament. He features in singles quarterfinal action later today, facing No.2 seed Casper Ruud.