Australians James Duckworth and Alexei Popyrin are through to the third round at the Miami Open. 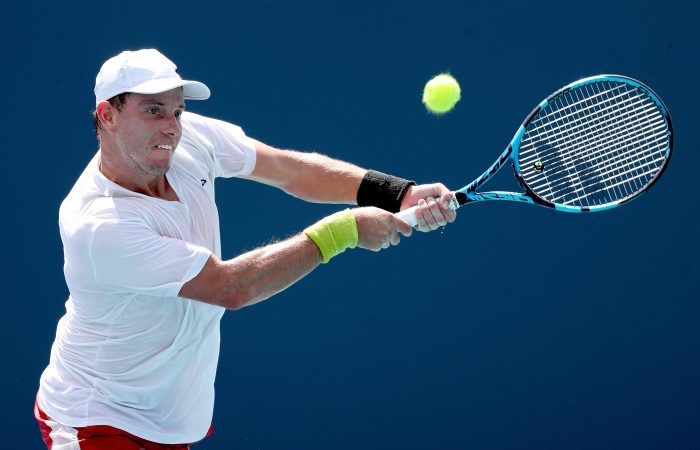 James Duckworth has scored the first top-20 win of his career to advance at the Miami Open.

Duckworth needed only 76 minutes to defeat the world No.13 Belgian, striking 22 winners and not facing a break point in a dominant serving display.

The 21-year-old Popyrin fired 13 aces in the 65-minute win, setting up a third-round showdown with top seed Daniil Medvedev.

“Popyrin is a really great player,” Medvedev said of the match-up. “I practised with him a lot during pre-season and I know that he can play some great tennis, so it will be a tough match.”

Ajla Tomljanovic and Storm Sanders both lost their second-round matches.