Matthew Ebden qualifies for the Open 13 Provence in Marseille, while Chris O'Connell is the last Australian standing at the Qatar ExxonMobil Open. 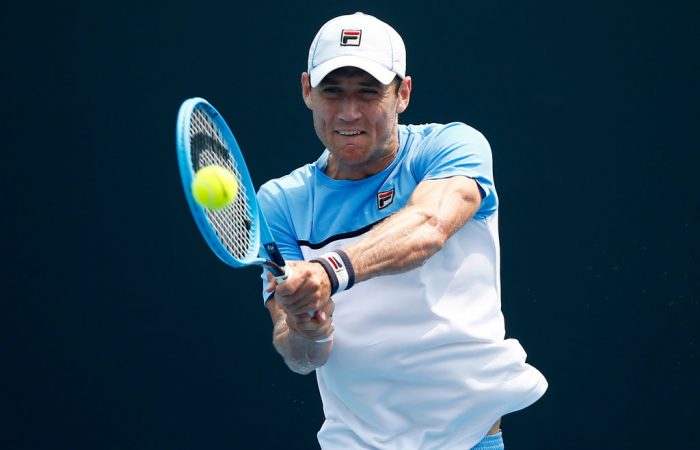 Matthew Ebden will continue his comeback to the tour in the main draw of the Open 13 Provence, after winning through qualifying.

The Australian defeated Mathias Bourgue 6-4 6-3 in the final round, following an earlier win over Frederico Ferreira Silva.

Ebden, 33, meets Frenchman Benjamin Bonzi in the tournament’s opening round. It will be the Australian’s first match against the 24-year-old wildcard recipient.

A main draw appearance in the Open 13 Provence, which is staged in the coastal city of Marseille, follows Ebden’s second-round run at the Great Ocean Road Open and a quarterfinal showing in Singapore.

In Melbourne last month, Ebden spoke of his determination to make the most of the 2021 season after sitting out the majority of the last pandemic-interrupted season.

Ebden, who started the season at world No.317, will be eyeing an improvement on his current No.287 ranking.

The West Australian is also competing in the Marseille doubles draw, alongside countryman Matt Reid.

The Australian was a victim of Nikoloz Basilashvili, who claimed a 2-6 6-4 6-2 victory overnight.

O’Connell, a qualifier in Doha, will meet Vasek Pospisil in the first round of the Doha tournament later today.

Millman will also return to the court in doubles, teamed with David Vega Hernandez of Spain.  The pair meets Blaz Rola and local wildcard recipient Mousa Shana Zayed in the first round.